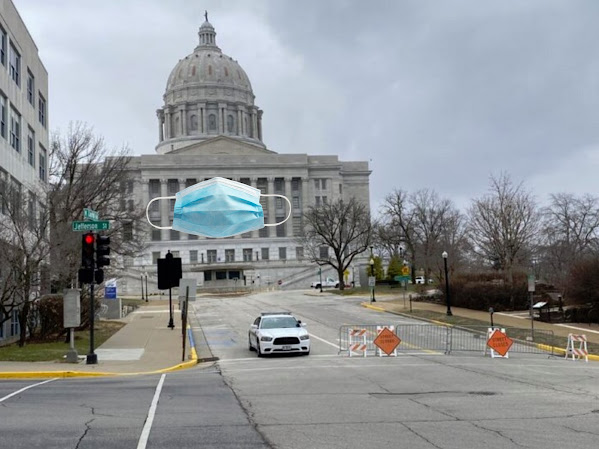 Culture war and healthcare are at the center of this surprise meetup . . . We've gathered a few of the best news links of the topic wherein a TOTAL REBUKE OF KANSAS CITY POLITICOS is just one aspect of the agenda . . . Check-it . . .

KANSAS CITY, Mo. - In a wide-ranging interview with the 41 Action News I-Team, Missouri Gov. Mike Parson discussed the special session underway in Jefferson City, efforts to expand Medicaid in the state and the controversy surrounding funding changes for the Kansas City, Missouri, Police Department. The answers below are edited for length.

JEFFERSON CITY, Mo. - Lawmakers are back in the Missouri statehouse as a special session to renew an important Medicaid tax started Wednesday. Gov. Mike Parson gave legislators an ultimatum earlier this week to renew the Federal Reimbursement Allowance (FRA) tax or the state will face millions in budget cuts.

A Missouri judge determined that the voter-approved Medicaid expansion amendment not only omitted how the expansion would be paid for, but that people don't have the power to tell the legislature how to spend the state's money, according to one University of Missouri-Kansas City law professor.

JEFFERSON CITY - The Missouri Legislature is in special session to address renewing a tax that funds most of the state's share of Medicaid payments, but the roadblocks that stalled the effort during the regular session are still in place. The Federal Renewal Allowance is a tax on health care providers.