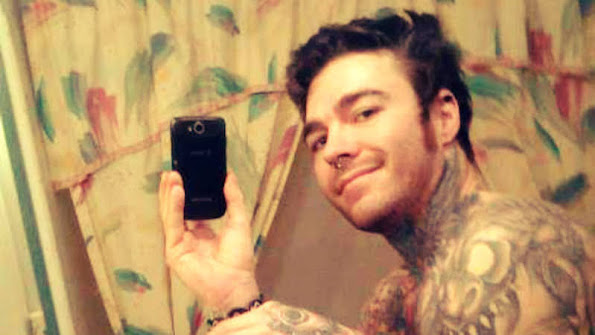 This tasteful, tattooed, smiling selfie shows the convicted killer in better times before he was convicted for the horrific murders of Jessica Runions & Kara Kopetsky.

Now, a processing mugshot reveals a much more subdued and pouty bad boy as he moves around the Show-Me State prison system.

Two days after he was sentenced to 45 years in prison, convicted murder Kylr Yust has been transferred from a Cass County jail to the Western Reception Diagnostic Correctional Center in St. Joseph, Missouri.Yust will remain at the Western Reception Diagnostic Correctional Center until he's placed at a permanent location for incarceration.