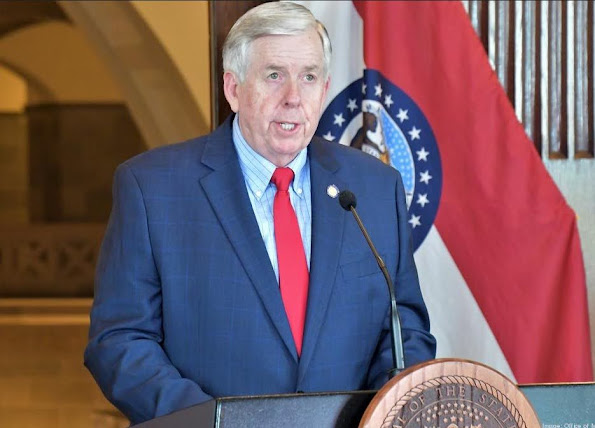 Here's an apt warning from the Jeff City honcho . . .

The governor said that without resolution before July 1, he’ll have to take money from other things in the state budget. And he also said if the matter isn’t resolved before the FRA expires in September, it could have dramatic consequences for the state’s health care system.

“I don’t think there’s any question about if we don’t get the Federal Reimbursement Allowance (FRA), you’re talking about a $1 to $2 billion shortfall,” Parson said. “It would be devastating if we don’t get that done. And plus the formula we use has been in place for almost 30 years. If we have to go back and redo that formula, we won’t get as many tax dollars. And that’s not just for one specific group. That’s for everybody: for seniors, for children, for a lot of people who really need those services.”

Gov. Mike Parson said he's working with lawmakers on resolving a deadlock over a critical tax that funds Missouri's Medicaid program. Hashing out differences, Parson said, is needed, though, before he calls a special session. And he said failure to pass what's known as the Federal Reimbursement Allowance could lead to big consequences for the state's budget.