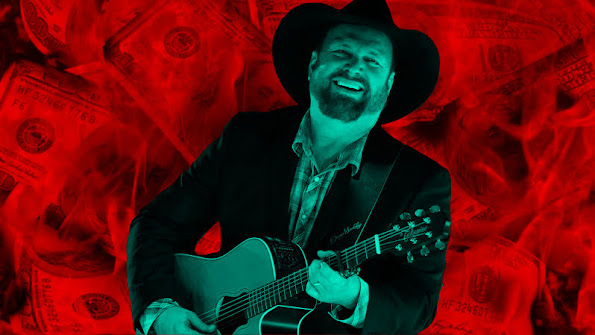 There is no underestimating the musical preferences of Kansas City plebs and it certainly wasn't a shock that an upcoming Garth Brooks concert sold out in less than a day.

Hide Transcript Show Transcript CO: KANSAS CITY IS GETTING READY TO WELCOME COUNTRY MIC SUPERSTAR BACK TO DUST GARTH BROOKS BACK TO TOWN. CKTIETS GO ON SALE FRIDAY, AHEAD OF TIME, HE HAS BEEN NICE ENOUGH TO JOIN US. GOOD MORNING. GLAD YOU COULD CVEAR OUT TIME WITH US.

IS GOING TO A GARTH BROOKS CONCERT AT ARROWHEAD WORTH $10K?!?!

We'll stipulate that there are legions of fans and he's a country music legend.

- Arrowhead is a horrible venue for music. It's a football stadium and the acoustics are lousy according to every local music fan for the past 40 years.

- The icon is out of his prime. The most diehard fans don't mind the guy struggling for air halfway through his set BUT as prices skyrocket . . . Some concertgoers tend to be less forgiving.

- Didn't you already see this show in 1998??!? Admittedly we're not really familiar with the country crooner's oeuvre but we haven't noticed a big hit in about 20 years. This might not matter given that locals love the classics.