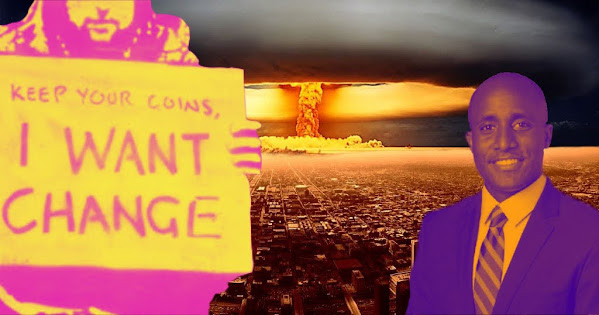 Here's the word regarding a situation that's going from bad to worse . . .

"Mayor Lucas and the policies he's promoting have created a nightmare scenario. We're seeing dozens of people dropped off every day from nearby cities. It's not just JoCo. They're coming from as far as Wichita and St. Joseph, Missouri.

"The mayor's insistence that Kansas City take on the homeless crisis with free food, free housing and job training is driving the homeless population through the roof.

"Right now we're just starting to hear that some of the shelters just can't handle the increased occupancy and even a quick look around town will see the parks filling up with more camps. It's hard to estimate but some people who work with the KCMO homeless population are guessing that the population threatens to double at this rate."

This isn't a new problem and it's not just word of mouth that's driving the population this way, local law enforcement directing impoverished communities to KCMO is the biggest part of the equation . . .

Now, this town's reputation as a homeless enclave has traveled even further.

Hopefully, in the coming weeks there will be a more formal request for the mayor to reverse course or at least pause in order to develop a comprehensive homeless strategy given widespread business community resistance against new housing efforts and advocates worried that KC won't have the resources to accommodate more "guests" who need the help the mayor has so generously offered.