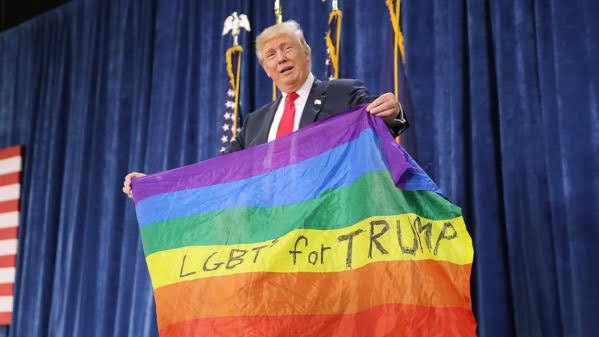 The fight is over, the haters lost.

Even Prez Trump . . . For all of his bluster, knew that outright conflict with the LGBT community was a losing cause and so he proudly touted his support amongst the wide swath of gay and closeted Republican voters.

We only mention this because it's a big picture analogy to this NKC council dude making a very quick retreat . . .

NKC councilmember gets pushback for comments about LGBTQ+ initiative

CLAY COUNTY, MO (KCTV) -- A North Kansas City councilmember is getting much community push back after comments he made last night in regard to a city push to allow businesses and churches to put stickers up in support of the LGBTQ+ community.