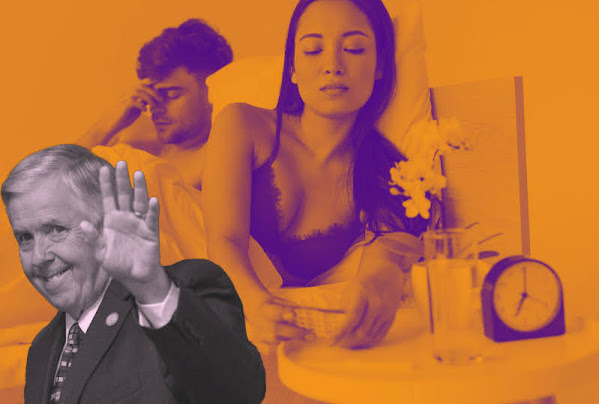 A surprising facet of the Missouri Republican super majority crackdown on medicaid is the push back against the pill.

The Republican-led Legislature adjourned last month without reauthorizing the tax after fighting over whether to include a ban on Medicaid coverage for “any drug or device approved by the federal Food and Drug Administration that may cause the destruction of or prevent the implantation of, an unborn child.”

Republican Gov. Mike Parson has said he'll start cutting the state budget if lawmakers don't reup the tax by the start of the next fiscal year, July 1.

For context and a realization that this this does, in fact, likely apply to a woman you know . . . According to a John Hopkins survey:

In the United States 98% of sexually active women have used birth control at some point in time, and 62% of those of reproductive age are currently using birth control.

The Republican-led Legislature adjourned last month without reauthorizing a tax after fighting over whether to include a ban on Medicaid coverage of contraceptives JEFFERSON CITY, Mo. - Missouri is at risk of losing $4.5 billion in tax revenue and federal funding for Medicaid because of a fight between lawmakers over contraceptives.