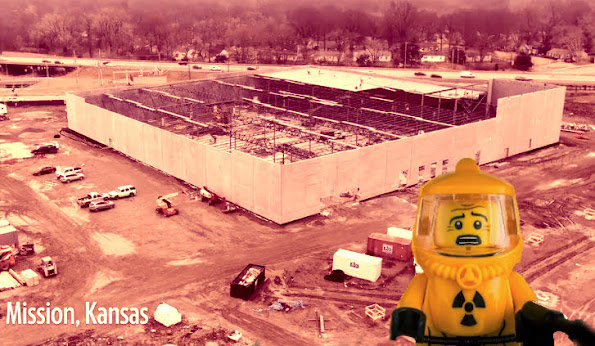 Credit where it's due . . . A JoCo blog offers up dates and times when Golden Ghetto politicos believed empty promises from developers and then gave away taxpayer funds.

Some of the entries are funny in retrospect and if only because local media dutifully reported that "THIS TIME" the project was on the path to success.

Now, most locals have learned to be skeptical regarding the hype given that sketchy future for movie theaters, fancy foodie fare and overpriced condos.

As Mission Gateway delays continue, here's a timeline of how we got here

Mission Gateway, the $225 million development at the northeast corner of Johnson Drive and Roe Avenue, is something the city and its residents have been waiting on for more than 15 years. The lot has been vacant since the Mission Center Mall closed in 2005 and demolished the following year.