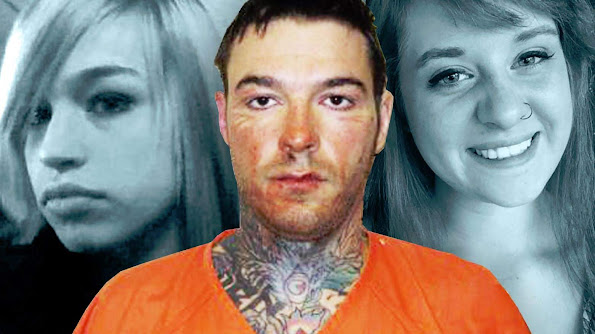 Today's Kansas City murder case anti-climax hopefully offers closure for family and friends but might not make the public feel any safer knowing that it took YEARS along with help from the feds & dozens of local po-po in order to put a killer away for good.

Check links on the topic in order to remind yourself that your daughter's boyfriend is a creep . . . Read more:

KANSAS CITY, Mo. - Kylr Yust was sentenced on Monday to 45 years in prison after the judge accepted the jury's recommended maximum sentence in his murder trial. Yust was convicted in April in the deaths of Kara Kopetsky and Jessica Runions. He was found guilty of voluntary manslaughter in Kopetsky's death, and second-degree murder in Runions' death.

HARRISONVILLE, MO (KCTV) -- BREAKING UPDATE: On Monday, a judge sentenced Kylr Yust to life in prison plus 15 years for his role in the deaths of Kara Kopetsky and Jessica Runions. The judge said he'd reviewed the sentencing assessment report.

On Monday, a Cass County judge sentenced Kylr Yust to life in prison and 15 years in prison for the killings of Kara Kopetsky and Jessica Runions. In April, a jury found Yust guilty of voluntary manslaughter for Kopetsky's death and second-degree murder for Runions's death.