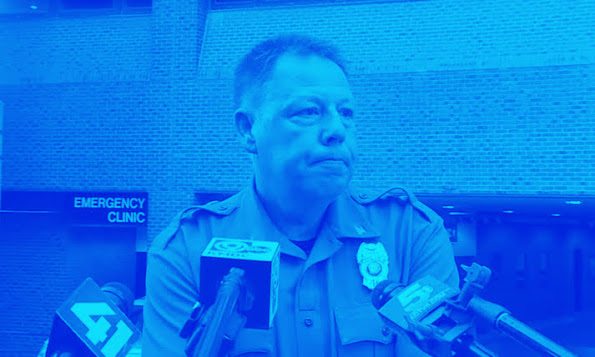 One of the talking points in the debate over police funding has been public dissatisfaction with how police handle the mentally ill or substance abuse crisis calls . . . Here's a comprehensive glimpse at the top cop challenging many assertions . . . Read more:

KCPD Chief's Blog: Police response to those with mental illness has evolved significantly

Few people in Kansas City have as much day-to-day interaction with those experiencing mental illness or substance abuse crises as the members of KCPD. That’s why we have worked diligently for years now to prepare and equip our staff to safely interact with those in crisis, get them to the resources they need and, if possible, keep them out of the criminal justice system.

In the early 2010s, we realized how important it was, so we created a squad of Crisis Intervention Team (CIT) officers dedicated to serving and following up with members of our community with mental illness who came to the attention of law enforcement. They work hand-in-hand with community mental health liaisons (social workers from mental health treatment providers). In 2020 – even among COVID restrictions - this squad responded to 675 calls for service involving those with mental illness. They conducted 464 follow-up visits in addition to that. They contacted homeless individuals 449 times to help them get treatment and housing.

They also conducted extensive mental health awareness and de-escalation training for our KCPD officers and other area law enforcement, as well as community and panel presentations.

Thanks to our CIT squad and social workers, thousands of members of our community got the help they really needed instead of being thrown into the criminal justice system or having a negative encounter with law enforcement.

This squad also was integral to the creation of the Kansas City Assessment and Triage Center (KC-ATC) in the 2600 block of E. 12th Street. It opened in 2016. It’s a public-private partnership between the KCPD, City of Kansas City, Missouri Department of Mental Health and seven Kansas City hospitals. It only accepts patients from police or hospital emergency rooms, and patients must agree to go voluntarily. Before KC-ATC, emergency rooms used to be the only option for police to take those in mental health or substance abuse crisis. Patients often were sent on their way with a prescription for medication and a referral to a mental health care provider. The onus was on the patient to arrange for their own follow-up care, which many were not in the correct mental state to do. At KC-ATC, case workers ensure patients are assigned to their nearest mental health care provider, and that care provider is charged with following up with the patient.

It’s not enough to have just one squad of CIT officers, though. While about 40% of our department’s officers were CIT-certified, having taken the full 40-hour course, I felt every single officer needed to know the basics. Now every sworn KCPD member must take a 2.5-day Introduction to  CIT course. Given their frequent encounters with those in mental health crisis, this is a benefit to both them and the community. We developed this course in collaboration with  CIT International, a not-for-profit organization established in 2006 that is the leader in promoting safe and humane response to those experiencing a mental health crisis. One of our own, Major Darren Ivey, serves on its executive committee. They promote community collaboration using the Crisis Intervention Team (CIT) Program to assist people living with mental illness and/or addiction who are in crisis.

CIT International is governed by a Board of Directors who come from all aspects of the CIT community: law enforcement, behavioral health, family/advocates, and persons with lived experiences. It’s led by an executive director.

In addition to the Intro to CIT and basic CIT courses, our 911 call-takers and dispatchers also take extensive CIT training. Many of our staff members also have taken CIT courses specific to certain populations such as veterans and youth.

Our department social service workers also have stepped in to assist. They have helped many Kansas City residents in crisis get the resources they need for housing, food, and more. As I stated in a previous blog, police working with social service workers is one of the most safe and effective ways to address ongoing issues in our community that have come to the attention of law enforcement.

Much of our work with those who are in mental illness or substance abuse crisis involves de-escalation. So many facets of our training incorporate de-escalation, and we were one of the leaders in developing it in the mid-2010s. A large portion of our annual firearms training is devoted to preventing use of force encounters. Both our recruit Academy and annual in-service training include both specific de-escalation techniques and how they can be used in a variety of situations, from domestic violence to mental health crises to serving warrants.

As policing evolves, KCPD continues to seek nontraditional responses. Public-private partnerships, social services and de-escalation are all examples of the commitment this Department has to our city.