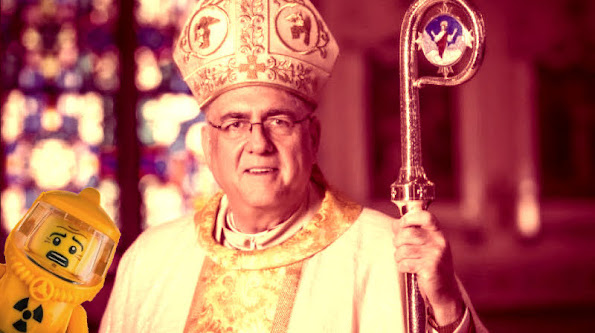 A KCK Catholic honcho stands as one of the most outspoken voices against abortion in the nation.

Based mostly on his pro-life stance he backed Prez Trump over Biden.

After his sad devotion to an ancient religion didn't help MAGA conjure up a victory . . . The cleric then threatened to deny Prez Biden holy communion.

Now, a more serious effort is gaining momentum and seeks backlash against any and all Catholics who would support abortion access legislation.

"The controversial efforts aimed at pressing the U.S. bishops' conference to draft a document that will have far sweeping effects to deny Communion to Catholic politicians who support pro-choice legislation. When the U.S. bishops meet virtually June 16-18, they will vote on whether to proceed with drafting a document on the "meaning of the Eucharist in the life of the church," a proposal championed through a series of pastoral letters, media appearances, personal articles and social media campaigns by the aforementioned bishops."

Who are the bishops pushing Communion-denial efforts?