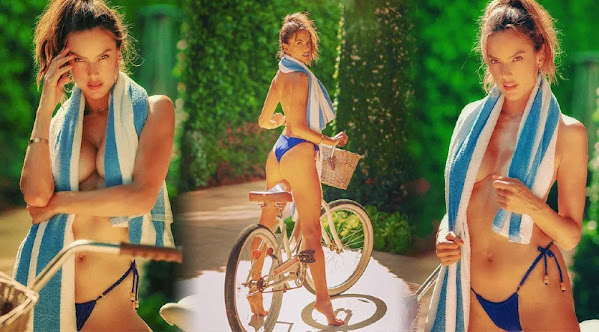 However, instead of hottie super models riding around topless . . . This might be just another route that's mostly used by the homeless.

We've noticed that our hipster friends in the neighborhood mostly usually "save the planet" by way of attaching their expensive bikes to luxury SUVs and the driving to the suburbs in order to navigate more elaborate paths among the JoCo middle-class.

However, here's a pricey local effort to pretend that Westside residents will turn to bikes instead of cars . . . When better bus access is what this part of town really needs.

KANSAS CITY, Mo. - Kansas City Public Works recently installed a new bicycle track on Gillham Road in Midtown, and are now pursuing a similar project on the Westside. As the weather warms up, Kansas City is hoping to turn down the temperature on the roads.