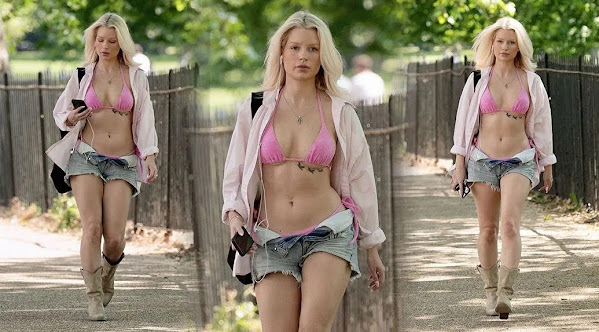 Powered by the EPIC heat and the hope to accomplish something worthwhile before the sky falls . . . We check pop culture, community news and top headlines for denizens of our blog community who are hopefully staying cool.

KANSAS CITY, Mo. - The first Ozone Alert of the season has been issued for today, June 16, according to the Mid-America Regional Council's Air Quality Program. The SkyCast model is a code orange today. That means the air is unhealthy and could especially effect sensitive groups of people.

KANSAS CITY, Mo. - A postal worker risked his life Tuesday night to warn residents of a fire inside their Kansas City, Missouri, apartment building. A fire department official told 41 Action News at the scene in the 5200 block of Independence Avenue that the postal worker ran inside the three-story building and knocked on doors to alert residents to the fire.

Tatum Goetting Editorial Assistant The Kansas City, Mo., City Council voted in May to add Juneteenth as a paid holiday, to be observed on June 18 this year. This legislation only impacts employees of the City of Kansas City and not other businesses.

Lottie Moss sizzles in a pink bikini after joining OnlyFans

She's recently joined OnlyFans, revealing that she's also selling her underwear on the X-rated subscription site. And Lottie Moss exuded confidence as she strutted around London on Sunday in a bright pink bikini. The model, 23, flaunted her taut midriff and ample assets in the tiny PrettyLittleThing two-piece and a pair of ripped jean shorts, which she left open.


No Press Freedom From Vlad

U.S. reporters and producers were aggressively pushed and shoved by Russian security officials Wednesday at the start of the highly-anticipated meeting in Geneva between President Biden and Russian President Vladimir Putin, denying the press full access to what was expected to be a short press availability before the hours-long summit.

Overnight, tensions between Israel and Hamas erupted into violence, posing a potential threat to the brief period of peace reached between the twojust weeks ago. Israeli jets struck two targets in Gaza early Wednesday.

Cases of a dangerous Covid-19 variant are 'rapidly increasing' in US, expert says

As US states lift more coronavirus restrictions, experts are worried people who aren't fully vaccinated could contribute to further spread of the virus.

European Union adds the U.S. to its safe travel list

LONDON - The European Union decided on Wednesday to add the United States to its safe travel list, meaning it will be easier for American citizens to take a vacation in one of the 27 member states, two EU sources have confirmed to CNBC.

Rita Moreno Addressed Lin-Manuel Miranda's "In The Heights" Colorism Controversy, And Made Her Points

"I mean, they're really attacking the wrong person." Miranda apologized, writing on Twitter, "I can hear the hurt and frustration over colorism, of feeling still unseen in the feedback. I hear that without sufficient dark-skinned Afro-Latino representation, the work feels extractive of the community we wanted so much to represent with pride and joy."


Cash For The Cause

KANSAS CITY, Mo. - A weeklong fundraiser to benefit organizations doing grassroots work in the Kansas City-area Black community already is halfway toward its goal. The second annual Give Black KC event, which kicked off Monday, hopes to raise $80,000. At the end of the week, eight groups will receive $10,000 each.

Temps set to to climb into upper 90s in Kansas City

AT HOME WE ARE WONDERING IF WE'RE GOING TO REACH THE SUMMIT OF THE HEAT. IT IS GOING TO BE LONGER. KAE:TI TOMORWRO AND FRIDAY WILL BE THE HOTTEST DAYS FOR SURE. TODAY IT WILL FEEL HOTTER THAN YESTERDAY. WILL HAVE A LITTLE BIT MORE HUMIDITY IN THE AIR TODAY.

San Holo - wheels up is the song of the day and this is the OPEN THREAD for right now.