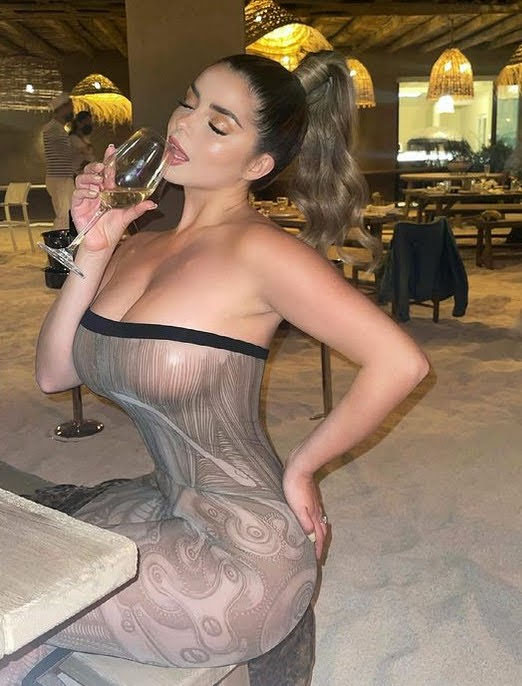 Tonight we drink in a bit of Demi hotness as her promo disguised as content is worth a peek along with pop culture, community news and top headlines for the most KICK-ASS TKC READERS.

A donation to The Beacon goes beyond the newsroom. We amplify community voices, share resources and investigate systems, not just symptoms. The Beacon in your inbox. In-depth reporting delivered every Tuesday and Thursday morning. For 14 years, on 9 acres of land sandwiched by abandoned public housing apartments in Kansas City, Kansas, resettled refugees have been learning how to farm at Juniper Gardens.

Kansas City International Airport among those to receive federal grant

KANSAS CITY, Mo. - Nebraska Furniture Mart announced pay increases for warehouse staff on Tuesday. The increase will be available to both new and existing staff. "Nebraska Furniture Mart's goal is to be the employer of choice in each of our markets," HR director Megan Berry Barlow said in a release.

As June wanes, we are also nearing the end of Pride Month, meant to celebrate the LGBTQ+ community. Several area breweries are celebrating Pride Month with beer releases and events of their own. BKS Artisan Ales just released Spectral Wheel (G) Double IPA.

Instagram model Demi Rose on why she joined OnlyFans

By Annabel Rackham Newsbeat reporter Demi Rose Mawby is someone you've probably seen pop up when scrolling through certain tabloid sidebars, but don't know much about. The 26-year-old from Birmingham has been modelling for eight years and has racked up over 16 million Instagram followers.

Psaki: Lawmaker critiques of Biden on voting rights 'a fight against the wrong opponent'

"He needs to be a lot more vocal and a lot more out front," Rep. Jamaal Bowman (D-N.Y.) told CNN earlier Tuesday, referring to Biden. Asked about Bowman's comments at a White House briefing, Psaki told reporters: "I would suggest that ... those words are a fight against the wrong opponent."

House Speaker Nancy Pelosi plans to appoint a select committee to investigate the deadly January 6 attack on the US Capitol after Senate Republicans blocked the creation of an independent commission to probe the insurrection, according to two sources familiar with the matter.

White House press secretary Jen Psaki said Tuesday she is not aware of any changes to President Biden's support of ending cash bail amid a spike in violent crime, though she did not expressly stand up for the proposal. Biden is set to detail his administration's crime prevention strategy in a formal address on Wednesday, as cities across the U.S.

Trump Wanted His Justice Department to Stop 'SNL' From Teasing Him

It was the middle of Donald Trump's presidency, and he was-yet again-mad at Saturday Night Live. And he wanted the federal government to help him settle the score. In March 2019, the then-president of the United States had just watched an episode of the long-running, liberal-leaning NBC sketch comedy series (it wasn't even a new episode, it was a rerun), and grew immediately incensed that the show was gently mocking him.

The Fox News host accused the Lemon of hypocrisy for having a chef cookie jar in black face in the kitchen of his $4.3million Sag Harbor home Carlson hit out at Lemon after he called America racist, and said black and white people are 'living in two different realities' while


JUSTICE FOR THE TROOPS!!!

Seven top U.S. military leaders have issued letters weighing in on the Military Justice Improvement and Increasing Prevention Act of 2021. The proposed legislation , which has received bipartisan support,would move the decision on whether to prosecute serious crimes to independent, trained, and professional military prosecutors while leaving misdemeanors and uniquely military crimes within the chain of command.

The United Nations says the Great Barrier Reef has suffered such extensive damage that it should be listed as "in danger." The warning prompted an immediate rejection from the Australian government. The United Nations Educational, Scientific and Cultural Organization (UNESCO) committee warned Tuesday that "urgent" action is needed to combat the effects of climate change and preserve the remaining coral.

Britney Spears for years expressed serious opposition to the conservatorship that gave her father control over her finances and personal life, according to confidential documents obtained by the New York Times. The 39-year-old pop star has rarely commented on the unusual legal arrangement that has stripped her of her independence since 2008.

Tuesday Thread: Royals in the Bronx

The Royals are in New York for the first time since April 2019, taking on the Yankees in a three-game set that takes off Tuesday night. The opener looks like an uphill for the Royals, who are +240 against Yankees ace Gerrit Cole in a 6:05 pm first pitch.

For the seventh year running, Kansas City Royals have partnered with the Jewish Community Center in Overland Park for a three-day youth baseball camp. A total of 120 campers will go through four days of drills and skill training, and learn from some of the Royals' coaching staff this week at the "'C' You in the Major Leagues" youth camp.

KANSAS CITY, MO (KCTV) -- Pitbull and Iggy Azalea are coming to Starlight Theatre this fall. The 'I Feel Good Tour' makes its stop in Kansas City on Oct. 6. Tickets go on sale at 10 a.m. Friday. Click here to read more. KCTV5.com is now with you on the go!

For over a year, we've been dying to get out of the house. To see friends, run into acquaintances and eavesdrop on awkward Bumble dates. Now that the world is opening back up, even a casual Sunday evening at the neighborhood watering hole sounds exhilarating.

Breezy and warm will be the best way to describe this evening. Skies are expected to remain fair through both the evening and overnight hours while a brisk southerly breeze blows in at 10-15 MPH with frequent gusts reaching 20 MPH.