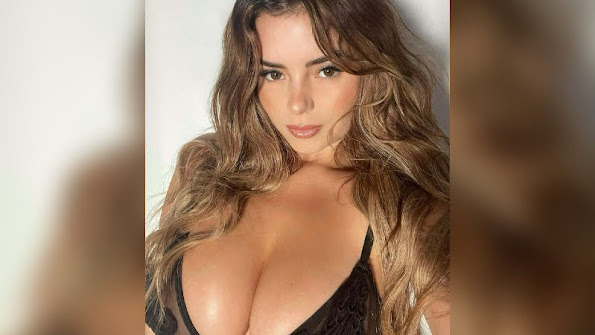 Right now we start this Tuesday morning with a peek at hottie Demi and her top notch promo game disguised as personal interaction with fans and all of THAT inspires us to check pop culture, community news and top headlines.

KANSAS CITY, Mo. - As part of an ongoing campaign to increase COVID-19 vaccination rates in the Kansas City metro, Comeback KC has launched its own, embeddable vaccine tracker. As of Monday, more than 780,000 people in the area were fully vaccinated against the virus, according to the tracker.

'Shop Local' sign posted in front of independent business. // Photo courtesy of Near Media There is strength in numbers on Main Street. Where there's strength of vision the pervasive fog that is Amazon can be pierced, offering glimpses of an America that wants to shop differently.


Revenge Of The King

Demi Rose put on an eye-popping display on Monday when she shared an Instagram photo of herself in sunny Ibiza wearing a plunging yellow dress. Also featuring a dramatic side-split, the social media sensation's velvet gown vividly stood out against the tall green grass she was standing against.

Bitcoin slides 7% after U.S. seizes most of Colonial Pipeline ransom

Bitcoin's price slipped again Tuesday. The reason for the move was unclear, however it may be related to concerns over security of the cryptocurrency after U.S. officials managed to recover most of the ransom paid to hackers that targeted Colonial Pipeline. Court documents said investigators were able to access the password for one of the hackers' bitcoin wallets.

The Biden administration's Justice Department filed court documents Monday that seek to defend former President Donald Trump in a defamation lawsuit. President Joe Biden criticized Trump on the campaign trail last year for using the department like his own "private law firm" in multiple instances, including in the case of E.

Multiple outages hit social media, government and news websites across the globe on Tuesday morning, with some reports pointing to a glitch at U.S.-based cloud computing services provider Fastly. Reuters could not immediately confirm the issue affecting the sites. Fastly said it was investigating "the potential impact to performance with our CDN services," according to its website.

POLITICO Playbook: Manchin comes face to face with his critics


Hipsters We Can Tolerate

Cheekface Embrace Disaster on "We Need a Bigger Dumpster"

Los Angeles indie-rock act Cheekface are back with their first new music since the January release of their second album Emphatically No. , sharing the lyric video for their new single "We Need a Bigger Dumpster" on Monday.

Editor's Note and Update: This story was written and published before news began breaking that the KC Royals have now placed Adalberto Mondesi on the Injured List (Twitter link). Someday, maybe even this season, Adalberto Mondesi is bound to put it all together.

After a year off due to the COVID-19 pandemic, Kansas City Guns N Hoses will return this summer. The Kansas City Metropolitan Crime Commission announced Monday the annual Guns N Hoses event has been scheduled for Aug. 7 at Municipal Auditorium in downtown Kansas City.

Most areas stay dry through tonight with only a slight chance of rain this evening. Temperatures will return to the 60s after midnight with another mild but muggy start to the day. Tuesday looks very similar to today with temperatures topping out in the middle 80s and a few showers popping up in the afternoon.

Cheekface – Best Life is the song of the day and this is the OPEN THREAD for right now.