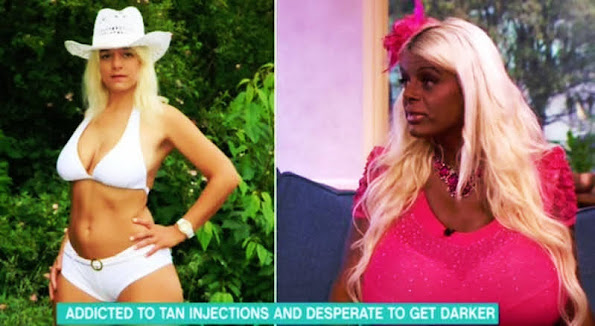 In this midday news peek we share the important, the absurd and the essential.

Special thanks for being patient with us as we work behind the scenes and continue to struggle with workflow.

Still, we're never too busy to get a firm handle on pop culture, community news and top headlines.

Officials with the KC Pet Project need your help.

KANSAS CITY, Kan. - Parts of Kansas City, Kansas are still digging out from brush and branches that fell in recent storms. Some homes only recently got power back on. One of the worst hit areas from Friday was in Wyandotte County where the cleanup continued on Monday.

KANSAS CITY, MO (KCTV) -- As Kansas City is set to experience 90-degree days this week, ahead of hotter summer days, crews are working fast to restore the air conditioning system at the Jackson County Courthouse. The Jackson County Public Works Department shut down the A/C system over the winter after workers discovered too much degradation in the pipes.

Martina Big, 32, from Germany, hopes to have the largest boobs in the world Ex air hostess has undergone multiple operations in a bid to enhance them Model with 32T breasts said she'll 'pump' them until they're as 'big as Titanic' Martina Big, the German-born white glamour model who has gone under the knife several times in the hopes of having the largest in the world has revealed she will 'pump' her breasts until they are as 'big as the Titanic.'


Check The Next Crisis

Ahead of Biden-Putin summit, Ukraine leader tells Americans war with Russia could "be tomorrow in their houses"

Kryvyi Rih, Ukraine - When the President of Ukraine invited CBS News to visit the front line in his country's war against Russian-backed separatists, we expected a quick trip in an armored motorcade to the muddy trenches that cut a bloody scar through the wheat fields of eastern Ukraine.

David Marcus: AOC is the only honest Democrat on the border crisis

Is Rep. Alexandria Ocasio-Cortez, D-N.Y., the most honest Democrat in Washington? At least as far as the current border crisis goes the answer to that question increasingly seems to be yes. The progressive darling's spat with embattled Vice President Kamala Harris last week was instructive.

EXCLUSIVE: The Centers for Disease Control and Prevention on Tuesday will announce that the delta variant of COVID-19 is a "variant of concern" in the U.S., but that two doses of the Pfizer and Moderna vaccines are effective against it, Fox News has learned.


Respect The Father Of A Nation

Man Who Fathered 94 Children With 39 Wives Dies in India

A man who reportedly fathered 94 kids with 39 different wives has died in India at 76 years old, officials shared. Ziona Chana, who many believe has the world's largest family, died on Sunday, according to the chief minister of the state of Mizoram.

MLB has released its first update on All-Star voting, and to no surprise, Salvador Perez has a massive lead among American League catchers. The six-time All-Star has 694,710 votes, a 552,909 vote-lead over the next-closest candidates, Chicago's Yasmani Grandal. Salvy has the second-biggest lead by any position leader, behind only Vladimir Guerrero, Jr.

Charlie J. Harris and his wife, Vickie, intentionally designed their spacious suburban home as a welcoming space for their two girls, family and friends.

Getting hotter through Thursday

ESPECIALLY SWIMMING DAN SWEATING,T I IS 5:50, SO A MINUTE FROM SEEINGHE T SUNRISE OCCURRED THERE IN -- AND IT WLIL BE A HOT, SIZZLING DAY. 74 DEGREES WN HEIN EAST TO SOUTHEAST WYNETTE 8--0 SOUTHEAST WIND AT EIGHT MILES AN HOUR.

Marshmello - Shockwave is the song of the day and this is the OPEN THREAD for right now.