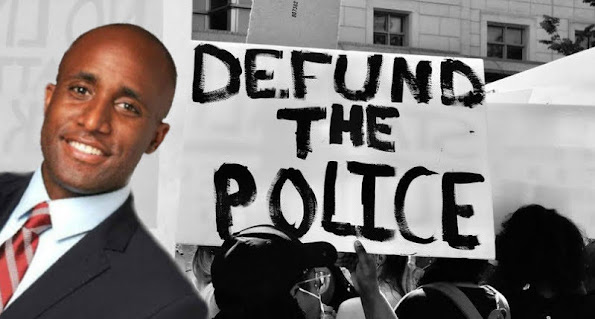 A horrific spate of violence this afternoon proves how quickly things can get our of control in Kansas City.

To wit and with special thanks to our blog community, we feature this feature comment sent our way just moments ago . . .

"Deadly violence in Kansas City today shows us that our community need to support police and look for ways to cooperate with law enforcement. Instead, we have our mayor and council majority starting a war with KCPD and engaging in a lawsuit the mayor wants to take all the way to the Supreme Court."

"How is a long drawn out legal battle helping keep the residents safe at the start of what looks to be another violent Summer in 2021?

"Mayor Quinton Lucas and his supporters claim they're giving more money to police but so far nobody has seen the budget for the $42 million dollars that has been 'reallocated' by city hall. This defund effort is clearly something that will help law enforcement judging by the lawsuit from the police board against KCMO. All of this seems like highway robbery to me an not the accountability and transparency that has been promised . . .

"The defund the police agenda incites greater animosity and distrust in police. It's a destructive argument which contends that mayor and council oversight of taxpayer funds will produce less crime . . .  But there's no evidence of that working anywhere else in the United States. If you want to see the product of KC 'local control' look no further than the water department and the high prices and horrible service that has inspired complaints from most residents.

"Worst of all, Mayor Quinton Lucas has divided Kansas City with his defund the police agenda. After the pandemic this town needed to come together to heal and support our businesses, schools and institutions that have suffered so much. Instead, the mayor and his enablers have exacerbated divisions along North and South and turned concern for community policing into a racial power keg.

"Kansas City is better than this, we deserve better than Mayor Quinton Lucas exploiting divisions in our community in order to commandeer more power and money for a city hall slush fund that has absolutely no chance for helping residents who are in danger of rising violence."