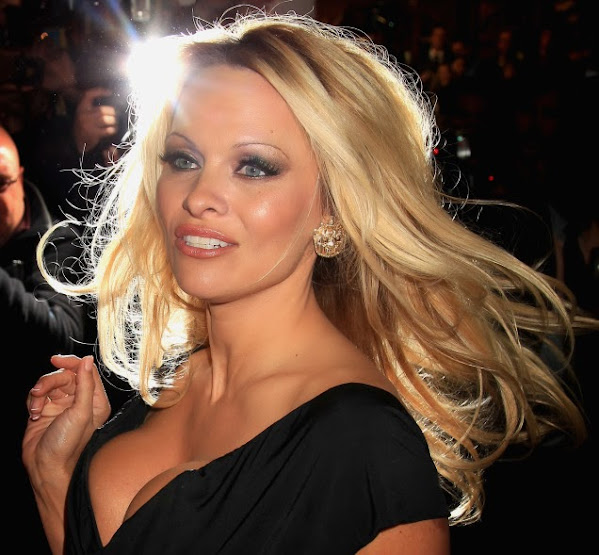 Tonight we take a pause to pay tribute to the legacy of hottie Pam as we check pop culture, community news and top headlines for our KICK-ASS TKC blog community of news hounds.

KANSAS CITY, Mo. - The Biden administration has extended the moratorium on evictions for another month, giving people who can't pay their rent due to the pandemic more time to make other arrangements and get government assistance. The eviction moratorium was set to expire June 30.

Kansas City-area hospitality businesses on the hunt for workers


Local Over The Counter Warning

KANSAS CITY, Mo. - One family has a warning about over-the-counter painkillers after their loved one became unresponsive, facing liver failure. They also struggled with getting her the option of a liver transplant due to insurance confusion. A 29-year-old is in the hospital experiencing liver failure after regularly taking Tylenol for a couple of weeks.Now, she needs a liver transplant.

KANSAS CITY, Mo. - As work begins to replace the Buck O'Neil Bridge , drilling work will close some lanes and ramps beginning next week. According to the Missouri Department of Transportation, the north left lane near Interstate 35 and 12th Street will close from 9 a.m. until 3 p.m.

We asked the candidates running for City Council in Overland Park's Ward 4 primary election some hard-hitting questions; we wanted to determine their stances and commitments to improving equality and transparency issues, which have plagued the city's current leadership. The current candidates are Ty Gardner, Stacie Gram, and Scott Mosher.

We guarantee you'll do a double take when you see this photo of Lily James and Sebastian Stan recreating Tommy Lee and Pamela Anderson's beach wedding in Mexico.

Biden says more Americans will die as delta variant spreads: 'You know it's going to happen'

President Joe Biden said Thursday that Covid deaths in the United States will continue to rise due to the spread of the "dangerous" delta variant, calling it a "serious concern." "Six-hundred-thousand-plus Americans have died, and with this delta variant you know there's going to be others as well.

A host on the far-right One America News suggested killing "traitors" over false election fraud claims. The network is staunchly pro-Trump and has promoted conspiracy theories about the 2020 vote. See more stories on Insider's business page. False claims of systemic fraud in the 2020 election will result in blood being spilled, a Republican congressman warned Thursday.

Police who kill often receive lenient or no punishments. Derek Chauvin could be the exception.

MINNEAPOLIS - Twelve jurors took about 10 hours to convict Derek Chauvin of murdering George Floyd. It was a swift rebuke to conclude the three-week trial of the former Minneapolis police officer. Their decisive action, however, is no guarantee he will get a harsh punishment when he is sentenced Friday.

WASHINGTON, June 24 (Reuters) - The U.S. government, once openly dismissive of UFO sightings that for decades sparked the popular imagination, is poised to issue an expansive account of what it calls "unidentified aerial phenomena," based heavily on observations by American military pilots. The U.S.

So much for those " White Man Demands." After accepting Manhattan Institute senior fellow Christopher Rufo's requests via Twitter to appear on her MSNBC show, host Joy Reid declined to engage in a debate on the topic of Critical Race Theory - resorting instead to constant interruption and insults, insisting, "it's my show ...

International celebrities Paris Hilton and Britney Spears posed for a selfie 15 years back, and it is claimed to be the first ever selfie.To celebrate the National Selfie Day, Paris Hilton shared this throwback and once again said she 'invented the selfie'.

The Kansas City, Mo., Parks and Recreation Board of Commissioners voted at its June 22 meeting to appoint Deputy Director Roosevelt Lyons as the Interim KC Parks Director. A national search is underway to find a replacement for Director Terry Rynard, who is retiring effective July 6, 2021.

by: Heidi Schmidt Posted: / Updated: KANSAS CITY, Mo. - Chiefs quarterback Patrick Mahomes is often seen wearing headphones while warming up before games. His Instagram feed is filled with workout and vacation videos, many including music. Now you can find out what he's listening to, as he's listening to it!


Heads Up On Merch Switcheroo

NFL says that starting in 2022, teams can again use alternate helmets

On Thursday, NFL teams learned that beginning in 2022, they'll be able to use alternate helmets. Their use hasn't been allowed for a number of years - even when teams were wearing throwback (as shown in the above photo from a Kansas City Chiefs -Oakland Raiders game from 2009) or Color Rush uniforms. But it hasn't been because the NFL was living up to its reputation as the No Fun League.

Multiple clusters of heavy rain and thunderstorms are expected Thursday evening and overnight.