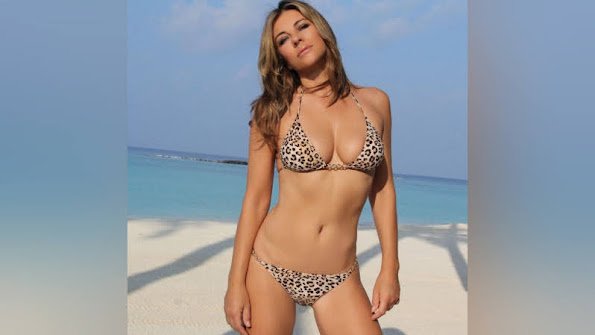 This morning old school hottie Liz hyping bikinis into her golden years inspires the start of our #TBT posting with this blast of pop culture, community news and top headlines.

KANSAS CITY, Mo. - For the second time, new street signs are going up in honor of Dr. Martin Luther King Jr. in Kansas City. Until this point, Kansas City was one of the largest cities in the U.S. without a road dedicated to the Civil Rights icon.

GUESTS COMING UP. WE HAVE THE LATEST ON THE PANDEMICONIG THT LOOK FOR FDA ADVISORS TO TALK TOMORROW ABOUT AUTHORIZING COVID-19 VACCINES FOR CHILDREN YOUNGER THAN 12 RIGHTOW N CHILDREN MAKE UP ABOUT 25% OF COVID-19 CASES IN THE US THES U WILL DONATE 500 MILLION DOSES OF PFIZER'S VACCINE TO PEOPLE IN POORER COUNTRIES.

KANSAS CITY, Mo. - If you've ever been to Tom's Town in Downtown Kansas City, where "The People Are Thirsty,"you might have wondered, "Who's Tom?" 41 Action News caught up with Tom's Town Co-Owner Theo Epstein to find out more. "He was bigger than a mob boss.

Elizabeth Hurley, 55, Is All Toned Abs And Long Legs In A New Bikini Instagram Video

Elizabeth Hurley, 55, is as excited about summer as you are in her new Instagram video. The actress is wearing a new bikini while basking in the sunshine and showing off her toned abs and legs. Elizabeth relies on "found fitness" and a balanced organic diet with lots of vegetables to maintain her strong physique.


Prez Biden Pushes Back Against Haxxorz

Mr Biden, making his first overseas trip as president, is seeking to bolster ties with US allies.

Democratic senator says his party should move on infrastructure without GOP: 'We cannot just sort of twiddle our thumbs'

Democratic Sen. Chris Van Hollen said Wednesday that it's time for his party to move forward on infrastructure legislation without Republican agreement, asserting that members of his party "cannot just sort of twiddle our thumbs at the negotiating table while the time fritters away."

The wealthiest Americans avoided billions in taxes by voluntarily doing something most only do out of necessity: borrowing money.

America's 25 wealthiest people got $401 billion richer from 2014 to 2018, according to Forbes. ProPublica reported the income taxes they paid amounted to just 3.4% of that new net worth. One way the ultra-rich avoid taxes: borrowing money at low-interest rates, according to ProPublica. See more stories on Insider's business page.

India reports more than 6,000 daily Covid deaths - highest ever in the world

India's daily reported death toll from the coronavirus crisis reached a record high on Thursday, with more than 6,000 people succumbing to the disease. That surpassed a record number of daily fatalities reported by the United States this year.

Chrissy Teigen, the former queen of Twitter, has gotten into a lot of trouble lately on the very platform she once ruled. Teigen is famous because she's a model, TV host, and bestselling cookbook author who is marriedto John Legend. (Disclosure: Legend sits on the board of Vox Media.)

'It's like the party of the Midwest:' Garth Brooks says he can't wait to play concert at Arrowhead

KANSAS CITY, Mo. - Country music fans can't wait to see Garth Brooks play at Arrowhead Stadium later this year. It turns out, the country music legend can't wait to be there either. During an interview with FOX4 Wednesday morning, Brooks said he planned to play GEHA Field at Arrowhead Stadium last year, but his tour was canceled because of the pandemic.

Podcast: Play in new window | Download Welcome to The Hump! Podcast ... In episode 41 of The Hump! Podcast: The Best of Beer, Worst of Beer ... The fellas are back again with guest Alana Gwinner, proprietor of Eleven Three KC.

Hide Transcript Show Transcript I'M GOING TO GOOGLE THAT ON THE COMMERCIAL BREAK. CITYEWVI THIS MORNING, A CARLE SKY, A MUGGY MORNING, 74 DEGREES, SOUTHIN WD AT THREE MILES AN HOUR, TODAY IS A LITTLE HOTTER AND MORE HUMID THAN YESTERDAY.

Billboard #1 in 1991, Extreme - More Than Words is the #TBT song of the day and this is the OPEN THREAD for right now.