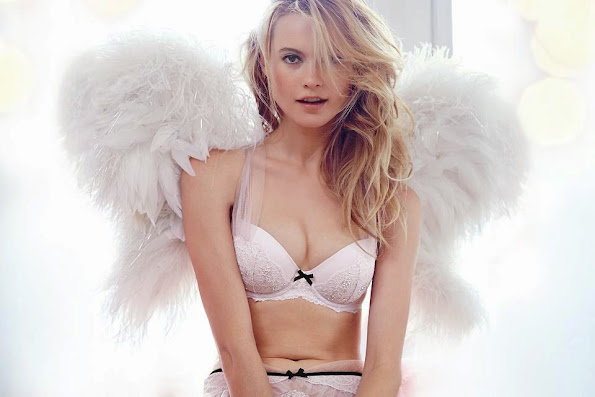 Making Movies is as big a success story as you'll find in Kansas City's music scene. The high-energy, genre-defying rock band, with songs in both Spanish and English, has been nominated for a Latin Grammy. They've shared stages with indie darlings like Arcade Fire and big-name acts like Los Lobos.

Auschwitz exhibit opens up on Monday

KANSAS CITY, Mo. - A new exhibit is opening at Union Station on Monday. It's called "Auschwitz: Not Long Ago. Not Far Away." According to the Union Station website, it says "An International Exhibition of Unprecedented Importance. A Story to Shake the Conscience of the World."

by: Brian Dulle Posted: / Updated: KANSAS CITY, Mo. - One person is dead and another has minor injuries following a two-vehicle crash early Sunday morning in the Northland. The crash was reported just after 3 a.m. on eastbound U.S. 152 Highway and Green Hills Road.

Victoria's Secret is cutting back on discounts and raising prices, according to a UBS report. The firm has been criticized for its constant promotions, which are thought to erode profit margins. Less discounting and higher prices are crucial for its turnaround effort, analysts say. See more stories on Insider's business page.

Hours before a vote to oust him, outgoing Israeli Prime Minister Benjamin Netanyahu accused President Biden of endangering Israel's security by taking a soft line on Iran, and claimed the man who is about to replace him, Naftali Bennett, would be too weak to stand up to Washington.

Vice President Kamala Harris made a surprise appearance at the Pride event in Washington on Saturday but it was one of her protectors who drew the attention of many Twitter users. Any time a president or vice president mingles with the public becomes a challenge for those charged with guarding them - simply because the situation is less under security 's control.


GOP Ramps Up Push Back

DES MOINES, Iowa (AP) - When Minnesota Republican Tyler Kistner announced his candidacy for the U.S. House in April, he asked voters to ponder two questions: "What America will we leave for our children?" and "Will they be taught to hate their police?"


Baller Back To The Fam

He's friendly with his exes too! Alex Rodriguez spent time reconnecting with his ex-wife, Cynthia Scurtis , as Jennifer Lopez moves on in the wake of their split. The former New York Yankees player, 45, was joined by Scurtis, 48, during a workout on Saturday, June 12, and shared snaps of the sweat sesh on his Instagram Story.

An Immigrant and Her Family's Persistence: Why the Pandemic Didn't Shake the Spirits of These Lee's Summit Restaurateurs

Sitting in fear was quickly off the menu for Fanny Ruiz de Chavez - told less than two months after her Lee's Summit restaurant's 2020 grand opening that she'd need to close down because of COVID-19 restrictions, she recalled. "I remember being sad, scared for less than an hour.

Lesky's Notes: We should just stop trying to figure this team out

The season is barely two months old (though it is now officially longer than 2020) and the Royals have had a 16-9 stretch. An 0-11 stretch, a 13-6 stretch and now have lost five of their last six games.

Hide Transcript Show Transcript PETE: NEXT TIME MAYBE. WE'RE GOINGOV HER AROUND THE 90-DEGREE MARK. SHOULDN'T BE A SURPRISE. MID-JUNE, RIGHT? THE WEEKEND TEMPERARETU MAY BE DROPPING A LITTLE T.BI CLEAR SES LOOKING GOOD FOR EARLY SUNDAY MORNING. OUR DEW POINT IS 48. ACTUALLY.

Before TKC was hatched but still worth a peek . . . Midnight Special-Doobie Brothers "Jesus Is Just Alright/Listen To The Music" 1973 is the song of the day and this is the OPEN THREAD for right now.