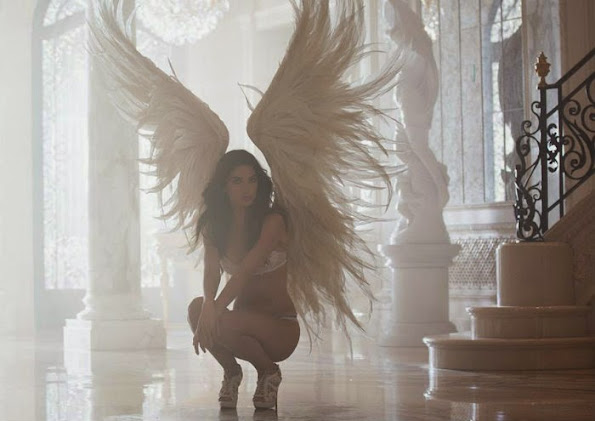 A quick collection of headlines we're check on the topic of panty brands, community news and top headlines worth a peek today.

KANSAS CITY, MO (KCTV) --- Three people were injured following a crash involving an ATA bus. Police say the bus was traveling eastbound when it collided with a southbound Ford Sedan. Two women were in the vehicle and both were transported to the hospitals with serious injuries.


Left Turn Poke In The Dotte

Hide Transcript Show Transcript M. IT'S NOT EVERY DAY. YO U CAN SPEED AROUND ON A PROFESSIONAL RACE TRACK. I JUST THOUGHT I WAS A OPPORTUNITY. THAT WAS TOO GOOD TO PASS UP. OKAY, SO IT'S GONNA BE A GOOD EXPERIENCE.


Kansas City Runs Back To Normal

by: Juan Cisneros Posted: / Updated: KANSAS CITY, Mo. - The 48th annual Hospital Hill Run was back in action Saturday morning after a virtual race last year. Hundreds of runners took off this morning down the streets of Kansas City. Runners chose between a 5k, 10k or half-marathon.

After nearly a year of consideration, parent company which includes Victoria's Secret L Brands Inc. said earlier this month that it would spin off the Lingerie, Pink and Victoria's Secret Beauty lingerie brand - - into its own publicly held company, leaving the more lucrative Bath & Body Works brand to stand alone on the public market.

Former President Donald Trump made a return to the political arena Saturday night with a speech at the North Carolina Republican Party State Convention in Greenville. It was his first major speech since February, when Trump spoke at the Conservative Political Action Conference in Orlando.

Michael Swensen | Getty Images Sen. Joe Manchin said Sunday will vote against the sweeping federal election reform bill introduced by congressional Democrats, called the For the People Act, a move essentially guaranteeing the legislation will fail to pass in Congress.

A Stanford epidemiologist said Dr. Anthony Fauci's "credibility is entirely shot" after his conflicting advice on face masks throughout the pandemic - which the scientist criticized as "all over the place." "I think he's been all over the place on masks," Jay Bhattacharya, a professor of medicine at Stanford, told Fox News host Laura Ingraham on her show, "The Ingraham Angle" Saturday.


Keeping Up With Veep

White House aides stress that the trip is meant to be a public launch for actions that have either been in the works or in planning stages for months all over the federal government. "Having a head of state visit, the vice president in this case, really galvanizes a whole host of actions," one senior administration official said.

Prince Harry and Meghan Markle have confirmed the arrival of their second child. The couple said Lilibet "Lili" Diana Mountbatten-Windsor, who was born on Friday, 4 June at Santa Barbara Cottage Hospital in Santa Barbara, was "more than we could have ever imagined" and is now "settling in at home".

Over 30,000 people marveled at hot air balloons during The Great Balloon Glow last weekend. What attendees may not have known is that three generations of balloonists were present. Eighteen-year-old Maddie Jones got to showcase a skill many of her peers do not have during the event as her grandmother, Annie Laurie Points, and father, Jason Jones, beamed with joy.

The biggest fear after last night's offensive explosion was that the Royals wouldn't have any offensive fireworks left. This became even more concerning when you took into account that Jose Berríos, the Twins ace, was taking the mound against Kansas City.

Hide Transcript Show Transcript KATIE: NO, YESTERDAYAS W 88. TODAY'S FORECAST IS 83. IT WILL BE MUGGY. WE HAVE MORE CLOSUD AND A FEW RAIN SHOWERS AND ISOLATED THUNDERSTORMS. LOOK AT THE TREND FOR TSHI WEEK AHEAD. WE'RE GOING TO KEEP GETTING HOTTERND A HOTTER. WE'LL HIT 90 BY THURSDAY.

Chicago - You're the Inspiration is the song of the day and this is the OPEN THREAD for right now.