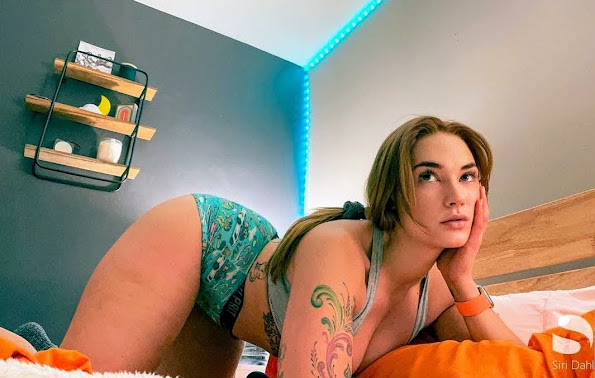 Right now we start with tribute to pr0n hottie Siri who continues her “adult industry” journey at the conclusion of the pandemic and whilst we check pop culture, community news and top headlines.

Kansas City musician and craft brewer Kemet Coleman remembers the surprise he felt when he first got into the beer industry back in 2013. "Holy crap," Coleman recalls thinking, "I'm the only Black person here." Eight years later, Coleman is bringing the city's first Black-owned brewery - Vine Street Brewing - to Kansas City's east side.

What Kansas City, Missouri Got Right

Lighting the skyline teal. // Photo by MSH Visual Local government and politicians are often punching bags. Sometimes for good reason. I engage in this time-honored tradition too, even on this blog, for example, when I wrote: Northland Council People Should Look In The Mirror Before They Talk About Process and Norms and Is The Kansas City GO Bond Infrastructure...

NORTH KANSAS CITY, Mo. - With the return of summer weather, another annual foe is back with a vengeance: mosquitoes. "Mosquitoes need two things; they need moisture, but they need heat," said Matt Perry, owner of Mosquito Joe in North Kansas City. "We've had the moisture. We just haven't had the heat.

Is America heading to a place where it can no longer call itself a democracy?

If Donald Trump's inaugural address can be summed up in two words - "American carnage" - Joe Biden's might be remembered for three: " Democracy has prevailed." The new president, speaking from the spot where just two weeks earlier a pro-Trump mob had stormed the US Capitol, promised that the worst was over in a battered, bruised yet resilient Washington.

Fox News's came to the defense of White House chief medical adviser on Friday as the nation's leading infectious disease expert faces scrutiny from conservatives over newly released emails. Wallace told colleague John Roberts during a discussion on the network about COVID-19's origins that he had read reports on Fauci's emails and "a number of the emails" himself, concluding, "There's no smoking gun there."

Explainer: What is a global minimum tax and what will it mean?

Finance Ministers from the Group of Seven (G7) rich nations have said they are close to a landmark accord setting a global minimum corporate tax rate, an agreement that could then form the basis of a worldwide deal. read more Such a deal aims to end what U.S.

Conservative commentator Matt Walsh has raised more than $50,000 for US Rep. Alexandria Ocasio-Cortez's grandmother - after the pol was slammed on Twitter for not helping her "abuela'' enough. Ocasio-Cortez (D-NY) had tweeted a thread Thursday depicting the conditions of her grandmother's home, which was damaged during Hurricane Maria in 2017 - taking aim at the Trump administration for blocking aid to Puerto Rico.

If there's one thing Dua Lipa knows, it's how to keep her fans occupied. Since releasing her sophomore album Future Nostalgia to critical acclaim and chart-topping sales last March, Lipa has barely stopped for breath, with a remix album, a record-breaking live-streamed concert, and more virtual red carpet looks than you can shake a stick at.

Started as a pandemic pop up, Devoured continues to serve up Neapolitan pizzas on the go in Kansas City

When Jhy Coulter turned in a design project at University of Missouri - Kansas City in 2016, she had no way of knowing that five years later it would become a popular pop-up pizza concept. Devoured Pop Up, as it's currently known, was born in Coulter's backyard as "Backyard Specials" last year during the COVID-19 pandemic.

After all the years of the Twins terrorizing the Royals at Kauffman Stadium, that first inning felt pretty good. The Royals put up a nine-spot in the first inning and never looked back, running away from the Minnesota Twins, 14-5. It was over in a matter of moments, and that's a wonderful thing when it's in this context.

Hide Transcript Show Transcript REALLY WILL HELP PUSH THEM FASTER. WHAT A BEAUTIFUL MORNINGE W HAVE IT'S A LITTLE MUGGY FOR RUNNING. BUT HEY PEOPLE TRAINED FOR IT. IT SHOULD NOTE B A PROBLEM. IT IS MOSTLY CLEAR RIGHT NOW.

Dua Lipa - Love Again is the song of the day and this is the OPEN THREAD for right now.