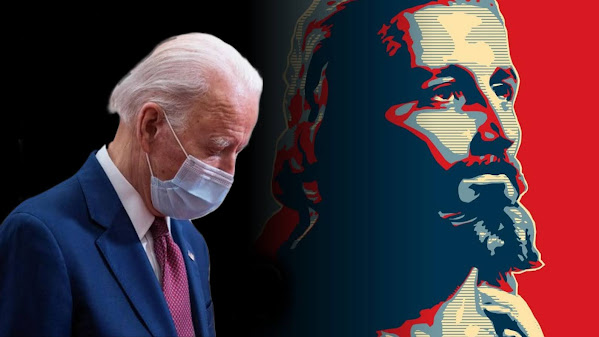 It's nitce to see locals playing the long game and hoping that a recent threat by Catholic bishops is nothing more than political posturing.

Biden threatened with communion ban over position on abortion

Roman Catholic bishops in the US have voted to press ahead with moves that could result in Joe Biden being banned from receiving communion because of his stance on abortion, and that risks increasing tensions in a divided church.

In a break from the Vatican and past policy, the American arm of the Roman Catholic Church this week kicked off a process that could eventually sanction the exclusion of President Joe Biden, the nation's second Catholic president, from receiving holy communion.


WaPo knocked for painting Biden as 'deeply Catholic' in debate over Communion: 'Clueless'

Critics unloaded on The Washington Post for publishing a piece that described President Biden as "deeply Catholic" in its analysis of the debate over whether the president should continue to take Communion in light of his support of some abortion policies.

Despite opposition from the Vatican, which has cautioned Catholic leaders against politicizing the Church, the United States Conference of Catholic Bishops on Friday voted 168-55 to advance draft guidance that could call into question whether Catholic politicians who support abortion rights, including President Biden, are eligible to receive Communion.