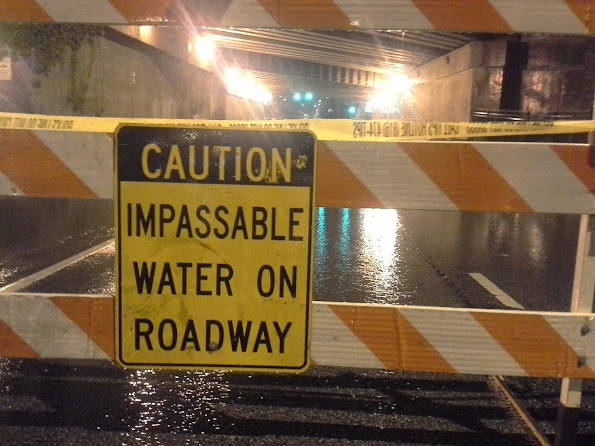 For late night TKC blog community denizens who are lucky enough to have their lights on . . . We share this quick compilation of local reports on the grid going down AGAIN along continued Kansas City storm sewer FAIL.

KANSAS CITY, Mo. - Over 38,000 customers are without power Friday afternoon as severe thunderstorms roll through the Kansas City region. As of 5:45 p.m. Friday, Evergy's outage map is reporting more than 33,000 customers without electricity. Outages have been recorded as far north as the Iowa border, out near Topeka, Kansas and in the immediate Kansas City metro.

Storms Friday forced the Kansas City Monarchs to postpone the team's series opener with the Houston Apollos until Saturday.Heavy rain flooded Legends Field.The teams will play a doubleheader of two seven-inning games Saturday, starting at 5 p.m., with the gates opening at 3 p.m.

KANSAS CITY, Mo. - The entire Kansas City area was under a Severe Thunderstorm Warning Friday afternoon. The storm brought 70 mph wind gusts and quarter-size hail to some areas. In others, it poured rain and caused flash flooding. The video above is from the area where Interstate 35 south meets Interstate 435 east.