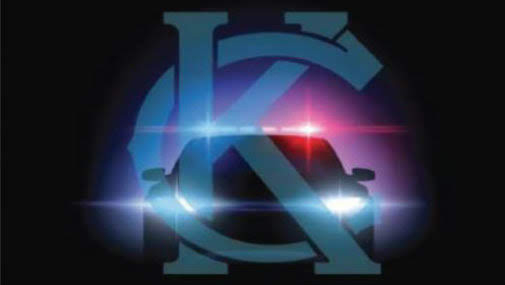 The postscript on tonight's rally isn't just a surprising level of turnout . . .

Via social media more than a few locals seemed "irked" that a KCPD used their low-end social media outlets to promote the political event.

This screenshot was pushed by the Mayor's office as bots & paid staffers supplied righteous indignation . . . 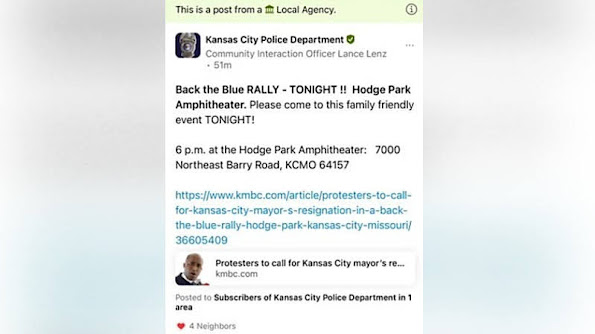 Meanwhile, the Northland crowd rallies, shouted and cheered despite the fact that insiders know a recall is a tough, uphill battle . . .

Here's the collection of news links we found interesting . . .

We Back Blue rally pushes back against KC police funding plan, calls for mayor's resignation

KANSAS CITY, Mo. - A Virginia-based group traveled to Kansas City to host a rally Wednesday night to oppose funding changes in the Kansas City Police Department. About 200 people gathered at the Hodge Park Amphitheater in the Northland to show support for law enforcement. Men, women, children and officers were in the audience.


KC Northland holds 'We Back Blue' rally in support of KCPD

On Wednesday night in the Northland, there was major support for the Kansas City Police Department."We're here to make sure that they do not get defunded.


Hundreds attend 'We Back Blue' rally in Northland

KANSAS CITY, Mo. - More than 100 people gathered Wednesday night at the Hodges Park Amphitheater in Kansas City, Missouri, to show support for law enforcement in the aftermath of funding reallocations for KCPD. Organizers from We Back Blue, a group based in Washington, D.C., planned the rally due to concerns about the roughly $42 million being shifted to a community services and prevention fund.