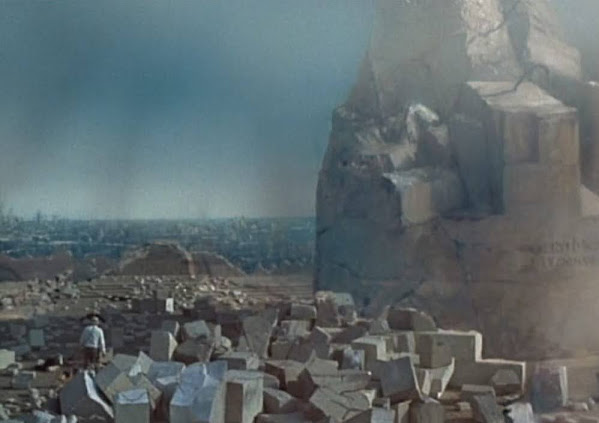 Right now we'll award 15K TKC bonus points (redeemable nowhere) to anybody who can place this screenshot from a movie that was produced long ago in Kansas City.

In the meantime, here's a glimpse at the urban core quickly crumbling amid cont'd Summer rain and a dearth of maintenance . . . Read more:

by: Heidi Schmidt Posted: / Updated: KANSAS CITY, Mo. - Emergency work to demolish a dangerous building on Kansas City's eastside was underway Tuesday afternoon. A building at 3902 Woodland started to collapse Saturday and continued to fall Tuesday morning. One of the first tasks for city inspectors was to declare the building an emergency.