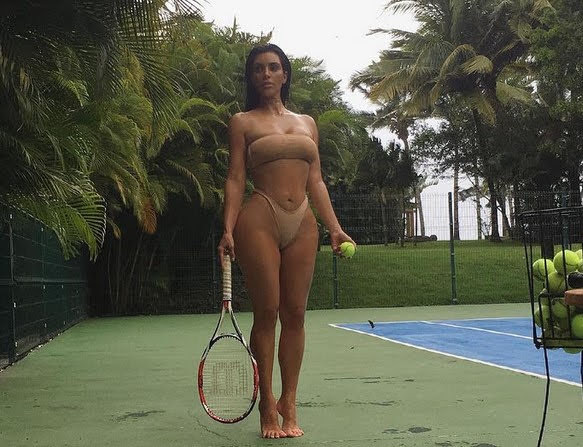 KANSAS CITY MO (KCTV) -- Thursday is expected to be one of the hottest days of the year in the Kansas City area. With this in mind, Shelter KC has prepared hundreds of 'Beat the Heat' hot weather kits for the homeless. The kits include water, a reusable water bottle, sunscreen, chap stick and granola bars.

Photo by April Fleming Several new restaurants open despite staffing challenges It's like the restaurant gods flipped a switch. In the past few weeks, restaurants and bars have suddenly become busy (related: everyone is also hiring). And though the public is clearly ready to get out to eat and drink, it doesn't mean that locations are open the way that...

KANSAS CITY, Mo. - A sporting goods store in Overland Park is changing its policies after reaching an agreement over allegations it violated the Americans with Disabilities Act. According to a release from the United States Department of Justice, the allegation is connected to an 18-year-old woman with Down Syndrome that a worker prevented from riding a Ferris wheel in 2019 at the Scheels All Sports store.

Kim Kardashian may be studying to become a lawyer, but she has no plans to give up her sexy selfies or skin-baring style. During the first part of the "Keeping Up With the Kardashians" reunion, which airs tonight, host Andy Cohen asked the 40-year-old reality star whether she plans to "pull back on presenting [herself] so suggestively or sexily" in the next phase of her professional life.

For the third time since the Affordable Care Act became law in 2010, the Supreme Court rejected a call for it to sabotage that law - this time, in an unusually dismissive opinion. The Court's brief decision in California v.

Trump says Biden-Putin summit 'good day for Russia': 'We didn't get anything'

Former President Donald Trump said Wednesday night that his successor's summit meeting with Russian President Vladimir Putin was "a good day for Russia" and added that "I don't see what we got out of it." "We didn't get anything. We gave a very big stage to Russia, and we got nothing," Trump told Fox News' "Hannity".

"The bipartisan talks could impact us, but we're going to keep going," Sanders said Wednesday. According to a tentative plan, half of the proposed Democrats-only alternative would be paid for. About $2.5 trillion would go through the Finance Committee, $185 billion through the Energy Committee and almost $500 billion through the Environment and Public Works Committee, one source said, while emphasizing that the discussions are fluid.

The Mystery of the Origins of the Pandemic: Can It Be Solved?

It's still a mystery. How did the pandemic begin? There is the leading hypothesis among scientists: The virus hopped from an animal - possibly a bat - to a human, or to some other animal, which later spread the disease to humans.

Play video content TMZ.com Farrah Abraham has read Chrissy Teigen 's apology for cyberbullying, and says it rings hollow until she backs it up with some specific actions -- and yet, she doesn't want Chrissy canceled. We got the former 'Teen Mom' star Wednesday in L.A., and asked her if she'd gotten an apology from Chrissy.

No shoes nation - it looks like it's finally time to show up!Kenny Chesney announced Thursday on Twitter that dates have been scheduled for the "Here and Now" 2022 stadium tour with a July 2 stop at GEHA Field at Arrowhead Stadium.Originally scheduled for Arrowhead in 2020, Chesney's "Chillaxification" tour was postponed a year due to the coronavirus pandemic, and rescheduled for May 29, 2021.

For Juneteenth, Here Are 8 Kansas City Organizations Getting A Boost From Give Black KC

In honor of Juneteenth, Give Black KC is raising $80,000 for eight Black-led nonprofits and businesses in Kansas City. The week-long fundraiser helps local Black organizations that may have trouble accessing capital due to racial inequity in lending practices.

Temperatures will hover near 100 degrees Thursday

HAVE MOSTLY CLOUDY SKIES RHTIG NOW, OUR AIR TEMPERATURE IS 79, OUR DEW POINT IS UP TO 68.

CHECK THE TKC COMMUNIQUÉ FOR EVEN MORE LINKS, SNARK AND FUN TIMES!!!