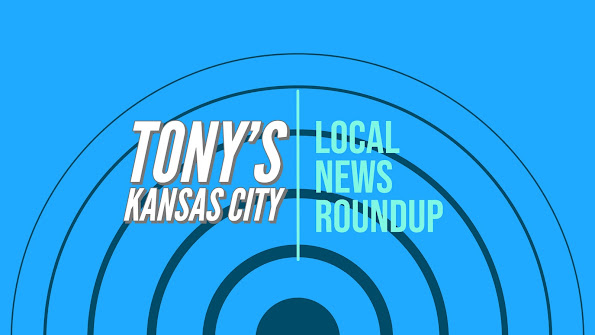 Kind of in a hurry right now but we'd be remiss if we didn't share some of our favorite headlines for right now . . .

Kansas City chosen as 2021 All-America City award winner Kansas City is known for many things. Paris of the Plains. City of Fountains. Cradle of Jazz. BBQ Capital of the World. Heart of America. The New Midwest. And, how, a new title of distinction.

Want faster, less-congested trips along U.S. Highway 69? What's it worth to you? That's the issue the Overland Park City Council will take up at its Monday meeting, when it will hear results of a study considering adding an express toll lane on the heavily traveled highway.

House GOP prays Trump can kick his habit of 2020 grievances

Trump has been telling a number of people he's in contact with that he expects he will get reinstated by August (no that isn't how it works but simply sharing the information).


Tech Turnover Reminds Us That Government Is Always Watching

Apple informed former Trump administration White House counsel Don McGahn that the Justice Department subpoenaed information about an email account of his in 2018, and forbade Apple from letting him know, according to a New York Times report.

What your pansexual friend wishes you knew: 'It's a very fluid thing'

Several big name celebrities have come out as pansexual in recent years, including JoJo Siwa, Bella Thorne, Janelle Monáe and Miley Cyrus. But misconceptions abound regarding what may be one of the less familiar identities under the LGBTQ umbrella. Pansexuality refers to someone attracted to all people no matter their gender identity.

KANSAS CITY, Mo. - Judy Jacobs said she was a happy girl. "I had a wonderful early childhood," Jacobs said. She was the only child, and the only grandchild, on one side. She remembers being doted on and "spoiled rotten." Her family lived a privileged life, she said, her father a radiologist and her mother an artist and decorator.

Monday starts off hot, but with less humidity

Hide Transcript Show Transcript FOR 7:10 THIS EVENING AND IT SOUNDS LIKE IT MHTIG BE REALLY NICE EVENING AT THE BALLPARK. OH, YEAH, DEFINITELY. IT'LL SRTTA OFF HOT AND THEN AFTER THE SUN SETS THE TEMPERATURES WILL BE A LITTLE BIT MORE COMFORTABLE LOOKING AT SUNRISE IN KANSAS CITY NOTICE A WEEK AGO.

Welcome to the Internet - Bo Burnham is the song of the day and this is the OPEN THREAD for right now.