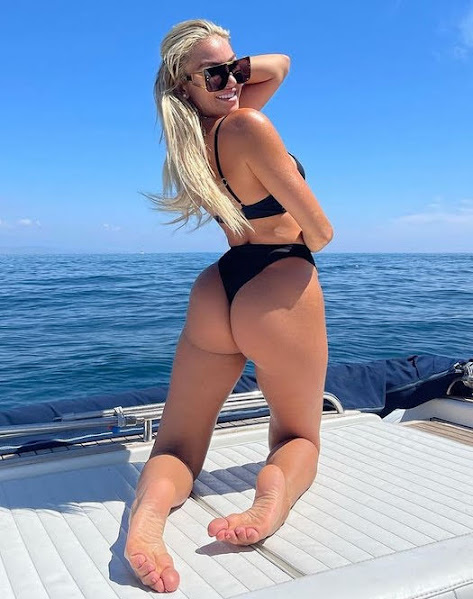 Special thanks to patient TKC readers as we celebrate hottie Khloe doing a bit of bikini promo for the Summer and we take a peek at pop culture, community news and top headlines for today.

Corbin Smith Editorial Assistant Kansas City residents were invited to a community meeting on June 16 to discuss possible improvements to Eighth Street and Woodland Avenue at the Samuel Rodgers Health Center. The City of Kansas City, Mo., partnered with CFS Engineers to present ideas for community members to express their opinions on and gauge what improvements are needed.


Fire Down By The River

KANSAS CITY, Mo. - An entire apartment complex in Kansas City, Missouri, was evacuated Wednesday morning due to a fire. The fire occurred at 1000 Berkley Parkway, which is identified as the Union Berkley Riverfront building by the complex's website. KCFD officials said residents reported smoke coming from under the door of a third-floor apartment at 7:55 p.m.

OVERLAND PARK, Kan. - With the clock ticking ahead of state-wide policy change, the city of Overland Park is requesting roughly $71 million in bonds to build a multi-sport complex in the southern part of the city. On Monday, the Overland Park City Council voted 10-2, approving an ordinance to amend the STAR bond plan for the Bluhawk complex.

Last year, shortly after Missouri law began allowing licensed motorcyclists 26 or older to ride without helmets if they have proof of health insurance, St. Louis resident Justin Adams noticed another man on a Harley riding through the city without any head protection. "Wow, that's bold," Adams, who also rides a Harley, remembers thinking at that moment.

TOPEKA, Kan. - Kansas Secretary of State Scott Schwab has announced he will seek a second term, saying the state needs leaders who will defend election integrity. In a press release Wednesday announcing his candidacy in the 2022 election, the Overland Park Republican touted his efforts to implement election security, improve business services and modernize office functions since taking office in 2019.

Appearing in a SiriusXM interview on Tuesday, Kansas City Chiefs tight end Travis Kelce put it bluntly: if the Chiefs aren't winning championships, they're failing. "I took a note from the Chicago Bulls - when they were winning their championships and had their run: 'It don't mean a thing if you ain't got the ring, baby," he laughed.

Khloe Terae turned up the heat in a sizzling Instagram post on Tuesday afternoon. In the large collection of photos, the Canadian babe posed by a bathtub filled with bubbles and rose petals as she wore a lilac bikini that did nothing but favors for her assets.

Morgan-Lloyd faced a maximum possible sentence of six months in prison, but prosecutors did not seek jail time for Morgan-Lloyd. They said she'd cooperated with law enforcement. As part of a plea deal, prosecutors agreed to drop three other misdemeanors Morgan-Lloyd faced. Almost 500 people have been charged in federal court with crimes related to the Jan.

Vice President Kamala Harris is set to visit the U.S.-Mexico border on Friday, the White House confirmed, amid mounting criticism from Republicans for not yet doing so, following her appointment by President Biden to handle the "root causes" of migration.

WASHINGTON (AP) - In the case of the cursing cheerleader, the Supreme Court notched a victory for the free speech rights of students Wednesday, siding with a high school student whose vulgar social media post got her kicked off the junior varsity squad.

There have been more than 1,200 cases of a rare heart inflammation condition in people who received Pfizer's or Moderna's Covid-19 vaccine, according to a CDC presentation slide published Wednesday ahead of an advisory meeting. The CDC's Advisory Committee on Immunization Practices is holding a meeting to discuss rare, but higher-than-expected, reports of myocarditis or pericarditis in 16- to-24-year-olds after receiving the mRNA vaccines.

How to Avoid the Culture War Trap Around Critical Race Theory

On Tuesday, the culture war over Critical Race Theory reached a new low point. During a school board meeting in Loudon County, Virginia to discuss a draft policy on transgender student rights, an unruly group of protesters calling themselves "Parents Against CRT" disrupted proceedings and forced officials to shut down public comment.

John McAfee, the controversial antivirus software magnate who'd had multiple recent run-ins with the US law, has died at 75. McAfee was awaiting extradition in a Spanish prison after being charged with tax evasion in the United States last year.

Jerry Seinfeld's Pop-Tarts obsession is turning into a Netflix movie

Jerry Seinfeld is perhaps best known for co-writing and starring in Bee Movie (fine, also for co-creating one of the most beloved televised sitcoms). But since that daring project, he hasn't really returned to feature-length films. That's about to change - and report that Seinfeld is co-writing, directing, producing, and starring in Unfrosted, a new film about the origins of Pop-Tarts, for Netflix.

KANSAS CITY, MO (KCTV) -- A Kansas City woman has claimed the top prize from the Missouri Lottery's $3 scratchers game "Gold Mine." Mae Black purchased her $50,000 winning ticket from World Liquor on Woodland Avenue in KC. "I had to look at it about 10 times," Black said.

Danny Duffy is ready to come back sans a rehab assignment, reports Anne Rogers: Duffy has been on the IL since May 17 with a left forearm flexor strain, an injury that he battled through over his first few starts, which also happened to be one of the best stretches of his career.


The Scoop For Right Now

OVERLAND PARK, Kan. - The Golden Scoop opened in April in Overland Park, providing the disability community with a new employment opportunity. 41 Action News checked in on how they're doing two months after the grand opening. "I have so much fun here. It's the best place to work," said golden Scoop employee Lucy Wagner.

Taps at the Tower runs daily until June 26

Dating back to the Civil War, Taps is the haunting and distinctive melody played at US military funerals and as a call for "lights-out" to soldiers at night. Taps' real name is "Extinguish Lights" and it was created by Union General Daniel Butterfield in July of 1862.

KANSAS CITY, Mo. - The Kansas City area will be under a flash flood watch from Thursday afternoon through Friday morning. The National Weather Service said Wednesday that "several rounds" of thunderstorms are expected, along with "repeated bouts of heavy rainfall."

Bad Bunny - Yonaguni is the TKC song of the day and this is the OPEN THREAD for right now.