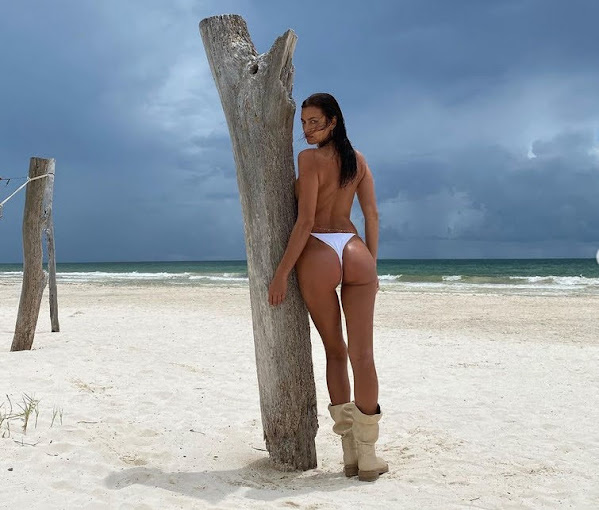 One of dozens of people in Kansas City who live at least part of the time outdoors, in tents, in their cars or on the streets. While homelessness has been a challenge for the metro for years, the pandemic shined a light on the vulnerabilities of the unhoused population — and how ill-prepared the region is to help them.

Partial collapse reported at The Royal Hotel in Excelsior Springs; no injuries reported

EXCELSIOR SPRINGS, MO (KCTV) --- Businesses and apartments on South Street have been evacuated following a partial building collapse. Police say the south corner of The Royal Hotel collapsed on Wednesday afternoon. A 50-foot collapse zone has been established and the following streets and sidewalks are closed: Thompson and River Thompson and South Marietta and South River and Marietta Marietta and Farris No injuries have been reported.

Kansas City EMT Karla Wilson soothed a young, nervous boy Tuesday inside a classroom at Central High School. She assured him the COVID-19 vaccine shot wouldn't hurt, and it would be over in a second. Moments later, the boy was giggling and affixing his "I got my COVID shot" sticker to his T-shirt.

KANSAS CITY, MO (KCTV) -- The KC Streetcar will have extended service and hours of operation for the holiday weekend. This comes in anticipation of planned activities downtown for the Fourth of July. KC Streetcar will operate with the following hours/service levels: Saturday, July 3:7 a.m.

OVERLAND PARK, Kan. - There appears to be dissension in the ranks of Johnson County leaders over a new plan to phase out using exclusively sworn deputies in the county's 911 call centers. Commissioners Charlotte O'Hara and Janeé Hanzlick touted the plan to cut costs and improve response times.

Potholes force closure of NB US 69 in Johnson County

by: AP Wire Posted: / Updated: TOPEKA, Kan. - Kansas Gov. Laura Kelly on Wednesday launched public service announcements Wednesday about COVID-19, reflecting officials' fears that people who travel over the Fourth of July holiday will return with the fast-spreading delta variant. One 30-second television spot features Kelly, while another features her and U.S.

JEFFERSON CITY, MO (KCTV) -- Missouri Governor Mike Parson granted 18 pardons Wednesday. The pardons were granted pursuant to Article IV, Section 7 of the state constitution. "Official pardon documents have been filed with the appropriate government agencies and are being sent to the individuals," a release from the governor's office said.

Irina Shayk turned up the heat while putting a cheeky display on her Instagram page this Wednesday. The 35-year-old Russian model, who is now dating Kanye West amid his divorce from Kim Kardashian, was modeling a see-through white sundress. Underneath it she was wearing a barely-there white bikini from her fellow model Candice Swanepoel's line Tropic Of C.

Donald Rumsfeld, who served twice as defense secretary under two presidents and oversaw the wars in Afghanistan and Iraq after 9/11, has died, his family said in a statement Wednesday. He was 88. "It is with deep sadness that we share the news of the passing of Donald Rumsfeld, an American statesman and devoted husband, father, grandfather and great grandfather.

The Trump Organization, the namesake enterprise founded by former President Donald Trump, and its chief financial officer are expected to be charged as soon as Thursday with tax-related offenses as part of a long-running inquiry headed by the Manhattan district attorney and New York's attorney general into the operations of the family real estate business, a person familiar with the matter told USA TODAY.

In the administrative skills category, Trump was ranked last among the 45 former presidents. He also fell in last in the category of moral authority, just below Buchanan - who is most widely known for his failure to prevent the Civil War.

Former President Trump returned to the nation's southern border on Wednesday, taking direct aim at his Democratic successor in the White House for the surge this year in migrants crossing the U.S.-Mexican border. "There has never been a border so secure as the southern border that we had, and now it's opened up," the former president emphasized as he sat down for a briefing from Republican Gov.

'Not a healthy environment': Kamala Harris' office rife with dissent

In interviews, 22 current and former vice presidential aides, administration officials and associates of Harris and Biden described a tense and at times douroffice atmosphere. Aides and allies said Flournoy, in an apparent effort to protect Harris,has instead created an insular environment where ideas are ignored or met with harsh dismissals and decisions are dragged out.

Tucker Carlson Says The NSA Wants Him Off The Air. Does Fox News Believe It?

On consecutive nights this week, Fox News primetime host Tucker Carlson has alleged that the National Security Agency - charged with monitoring communications abroad to keep the U.S. safe - is spying on him in hopes of getting his top-rated show canceled. "We heard from a whistleblower within the U.S.

Madison Beer has released the music video for her latest single, "Reckless." Directed by Beer and Amber Park, the visual takes place in a surreal storybook world where the songstress tries to navigate the confusion of a lover's betrayal. "I drew a lot of inspiration from classic children's book themes for this video.

KCU growing greens for the community

The Kansas City University (KCU) garden has provided the community with an abundance of fruits and vegetables since they put down roots in 2008. Over the past 13 years the garden has grown to produce vegetables and fruits ranging from tomatoes and lettuce to cilantro, parsley, swiss chard, and even cantaloupe.

by: Jessica Eley Posted: / Updated: Gymnastics KANSAS CITY, Mo, - The Kansas City metro will be well-represented at the Tokyo Olympics. A year after the pandemic forced officials to postpone the event, 11 athletes with Kansas City area ties will compete on the world stage.

KANSAS CITY, Mo. - Ford's Kansas City Assembly Plant in Claycomo, Missouri, built its 1 millionth Transit van Wednesday morning. The van is heading to a Ford dealership in California, according to a press release. The plant has been building Transits since 2014 when Ford invested $1.1 billion and added 2,000 jobs.

KANSAS CITY, MO (KCTV) -- The Kansas City, Kansas Fire Department is mourning the loss of retired Battalion Chief Dave Pittaway, who died after being hit by a car last week. According to the KCKFD, crews went to the area of I-35 and Southwest Boulevard on Friday after someone called and said a pedestrian had been struck by a vehicle.

LENEXA, Kan. -A fresh design for new development in downtown Lenexa could soon bring new apartments, restaurants and office space to the City Center neighborhood. The Lenexa Planning Commission has approved a new site plan for The Yard near 87th Street and Renner Boulevard.

Prepare to be amazed at the KC Air Show this weekend. The lineup is stacked with incredible performances. There is one team in particular to pay attention to: The Shetterly Squadron. For the pilots in this act, it is a family affair. Greg, Jeff and Joe Shetterly will show off their talents in the skies this weekend.

TEMPERATURES RIGHT NOW CLOSE TO 90 DEGREES. SO WE'RE A LOT COOLER ALL THANKS THE CLOUDS AND RAIN WEATHER IMPACT STILL AT 6PM BECAUSE LOVE THAT HIGH CHANCE OF RAIN. OUR RAIN CHANCES DO GO DOWN.

Madison Beer - Reckless is the song of the day and this is the OPEN THREAD for right now.