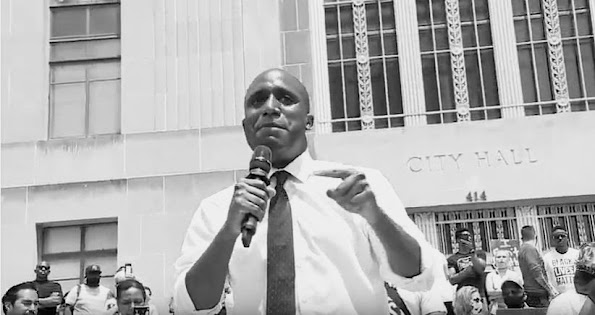 The video still didn't offer any direct evidence of an "execution" claimed by ministers and instead depicted a chaotic scene amid the capture of an uncooperative suspect who was running from a warrant for aggravated assault.

Nevertheless, the mayor seems neutral at best as he comments on recent, controversial footage hitting local media this week.

Faith leaders say this new angle refutes the Trooper's claims Johnson shot at an officer, prompting other officers to shoot back, killing him.