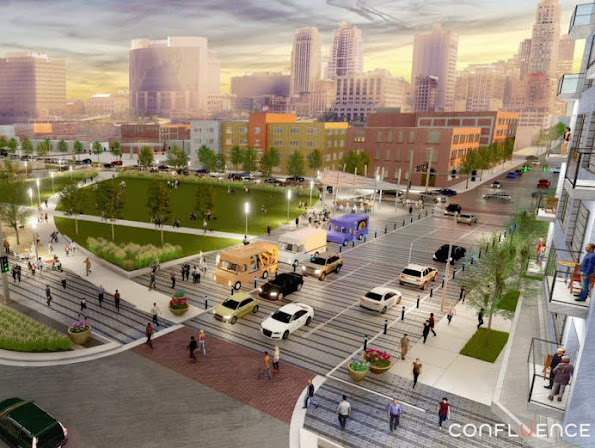 In a push to redesign downtown by way of federal stimmy and more handouts, the developer class and their amateur urban planner support continues to claim that cars for the working-class represent "systemic racism" and a myriad of other social ills.

Here's a peek at their handiwork, first from The Pitch . . .

KC moves hard to reclaim power over our streets

One way to look at a street is as a slab of asphalt. Maybe with a painted line in the middle. It's simple and-mostly-functional. But right now, in the public conversation, streets are so much more. For too long in Kansas City and some of its surrounding communities, streets have been the domain of cars, cops, crime, and decay.

And then by way of more interesting clickbait . . .

by: Heidi Schmidt Posted: / Updated: KANSAS CITY, Mo. - A busy Kansas City highway made a national list, this time as one of the worst highways in the country. An organization called " Freeways Without Futures," based in Washington, D.C., works to make cities more walkable, resilient and help them thrive, something that the north side of the downtown loop prohibits.