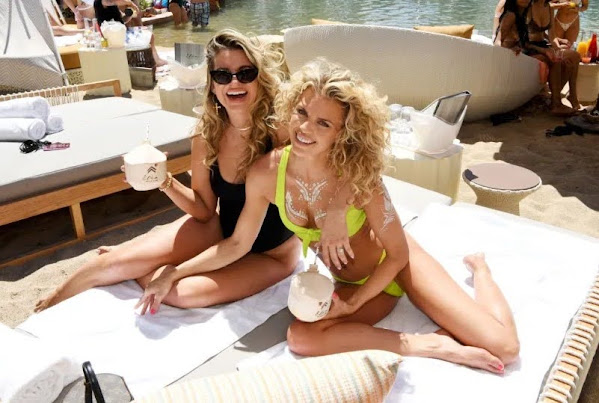 Employees, customers brave the heat to enjoy day at the Kansas City Zoo

KANSAS CITY, Mo. - The heatwave is not hurting the turnout at the Kansas City Zoo. Friday, more than 1,700 guests were welcomed into the park by 1 p.m. As the Kansas City area experiences dangerous temperatures, the zoo is working hard to keep employees, guests and the animals safe.

Parents in Kansas City, Kansas, are spending a very hot afternoon on the streets to protest the fact that their local pool isn't open. The protest was planned to voice concerns over the closure of the Parkwood Pool in Wyandotte County's Quindaro neighborhood."It's hot.

KANSAS CITY, Mo. - Health officials in Wyandotte County are hoping a new series of incentives will encourage residents get the COVID-19 vaccine. According to the most recent data from the Kansas Department of Health and Environment, roughly 44% of Wyandotte County residents 12 years old and older have started the vaccination process.

After being cooped up for a year amid the COVID-19 pandemic, families are flocking to public pools like Independence's Adventure Oasis Water Park on what are some of hottest days the Kansas City metro has experienced in years.

How one southland community diminished crime in their neighborhood

AnnaLynne McCord is kicking off her summer with a weekend in Las Vegas! The 33-year-old former 90210 actress slipped into a neon yellow bikini while lounging at the Élia Beach Club during the opening event on Friday (June 11) at Virgin Hotels Las Vegas.

Joe Biden touts 300 million COVID-19 vaccine doses given in the US, warns of Delta variant

WASHINGTON - President Joe Biden announced Friday the U.S. has administered 300 million COVID-19 shots in 150 days, a milestone moment in the campaign to overcome the coronavirus pandemic. "What we're seeing is a truly American accomplishment, 65% of American adults have gotten at least one shot, including 87% of our seniors.

The very contagious and possibly more harmful Delta variant of the coronavirus "probably" will become the dominant strain in the United States in the coming months, Rochelle Walensky, director of the Centers for Disease Control and Prevention, said Friday on "Good Morning America." "It's more transmissible than the Alpha variant or U.K.

Mike Pence, the former US vice-president, has been heckled as a "traitor" for his refusal to overturn last year's election result during a speech to a gathering of religious conservatives. Pence, who is widely seen as laying the groundwork for a White House run in 2024, had entered an auditorium in Orlando, Florida to a standing ovation on Friday.

Bethenny Frankel, 50, reveals she is coming out with Skinnygirl PIZZA

Bethenny Frankel has managed to stay a size two even though she is 50-years-old. And the star is using her slender frame to her advantage as she continues to come out with new Skinnygirl items that not on any diet menus. In May the RHONY vet announced she was launching wine.

Lesky's Notes: The peaks and valleys are strong with this team

Perpetual Eviction. // Photo by Trevin Bartlee Do you think you have a bad experience with your landlord? Wait until you hear this story. One day Trevin Bartlee decided to ask his landlord if he could do a month-to-month lease. They never did and instead, Trevin got a sign on his door saying that his ability to renew his lease...

KANSAS CITY, Mo. - The Kansas City area has been placed under a heat advisory and an air quality alert on different days this week, and as of Friday, it's back under both. Temperatures are expected to near 100 degrees again Friday, making it dangerous to be outdoors for extended periods of time and unprepared.

Hot for Saturday and Father's Day

Hide Transcript Show Transcript IN THE 90'S' 87. THE 12 HOUR FORESTCA TOMORROW STILL HAS THAT BUBBLE OF HOT OVERAD.HE THE HIGH TEMPERATURE WILL BE A LITTLE MILDER THAN THIS. SATURDAY'S HIGH TEMPERATURES, ALSO LEAVENWORTH FURTHER TO THE NORTH. STILL THE MIDDLE 90'S AS A RULE.

CHECK THE TKC COMMUNIQUÉ FOR EVEN MORE LINKS, SNARK AND FUN TIMES!!!

Migos - Why Not is the song of the day and this is the OPEN THREAD for right now.