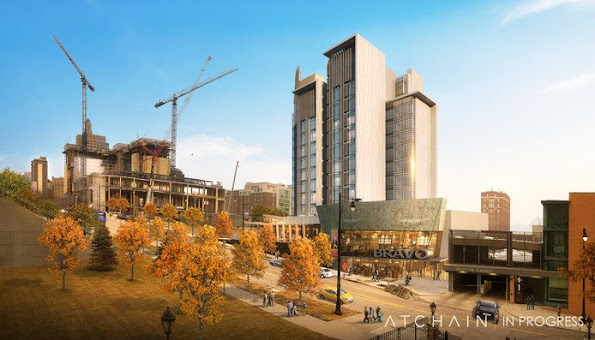 This should be an automatic "NO" but Mayor & Council have been extremely unpredictable as late. Armed with free money stimmy there's really no telling how they'd like to spend it.

More info here for subscribers regarding the ongoing misadventures of desperate local developers . . .

Proposal for five-star luxury hotel in Kansas City is back, but does it have support?

Developers on a quest to build a high-end luxury hotel in downtown Kansas City may soon resurface at City Hall. The project was first proposed in 2018 but developers are still in pursuit of the political support to land taxpayer assistance that they say is crucial.