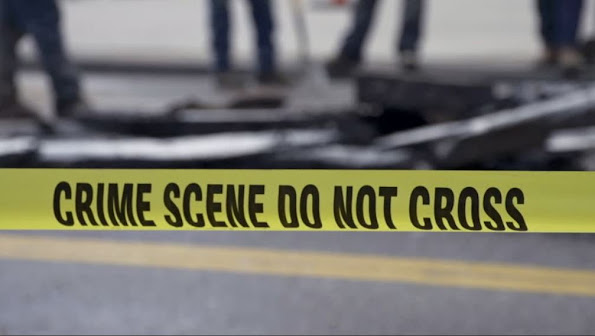 Right now we take a quick peek at the local crime scene and offer a roundup of recent crime news ahead of what will likely be a violent weekend.

KANSAS CITY, Mo. - A juvenile has been arrested and charged in connection to the shooting death of a 15-year-old boy in Kansas City, Missouri. KCPD announced the arrest in Terrell Bell's death as family and friends gathered to honor the boy's life. Bell, who attended Ruskin High School, was shot Tuesday afternoon near Sycamore Park.

KANSAS CITY, Mo. - The Kansas City, Missouri Police Department have identified the person found dead inside a burning vehicle on May 6, 2021. Officers responded just before 6 a.m. on Thursday, May 6, to meet with the Kansas City Fire Department near East 81st Street and Indiana Avenue in reference to a car fire.

Former high school football coach and teacher Josh Hood pleaded not guilty to a felony count of statutory rape on Thursday, six days after a Clay County grand jury indicted him.Court records indicate the grand jury recommended that Hood be officially charged with second-degree statutory rape with a person less than 17 years old.The news of the indictment came the same week Hood pleaded guilty to eight charges of sexual crimes in Jackson County and was given a suspended prison sentence of four years on the most serious counts.

KANSAS CITY, Mo. - Frontline workers at emergency rooms throughout Kansas City make it their mission to keep shooting victims from becoming another statistic. "It does bother me to have a 19-year-old who's paralyzed or worse yet a 16-year-old who's dead because of a gunshot wound," Dr. Sean Nix, trauma director at Saint Luke's Hospital, said.

LENEXA, Kan. - After a recent police shooting, a Lenexa man is raising questions about the department's policies. Benjamin Howard said the department's use of force policy led to tragedy two weeks ago when Lenexa police shot and killed a man on a domestic call.

Sixth District City Council Representatives Kevin McManus and Andrea Bough will update the community on the controversial Kansas City Police Department spending on Friday morning, June 11, from 8:30 to 9:30 am. The meeting will be held virtually. Additionally a guest speaker from the KCMO Parks Department will provide a general update on programming and other parks initiatives.

KANSAS CITY, Mo. - On most days, social worker Lindsay Moran is embedded with a Kansas City, Missouri, police officer responding to calls. Her mission is to support families in their time of need. Sometimes taking care of basic needs.