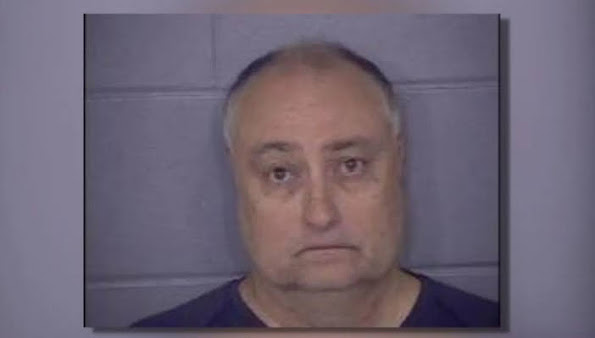 We've got a bevy of crime news to share which reminds us that Summer presents increased risk to locals throughout the metro . . . Read more . . .

A 51-year-old Independence man is accused of soliciting sex with and furnishing pornographic materials to a minor.Jackson County Prosecutor Jean Peters Baker said Robert C. Cowan Jr. was charged with patronizing prostitution with a minor, which is a felony, and five misdemeanor counts of furnishing pornographic materials to a minor.According to court records, two teens in Independence were approached by Cowan at a fast-food restaurant, who initially offered them jobs at his company.

Raytown police investigating after man is injured in shooting

RAYTOWN, MO (KCTV) -- The Raytown Police Department is investigating a shooting that injured one person Wednesday afternoon. Officers went to the 7700 block of Raytown Road just before 3 p.m. after receiving a call of someone being shot at a residence. When officers arrived, they found a man who had sustained apparent gunshot wounds.

The U.S. Marshals Service said they found two juvenile homicide suspects from Nebraska hiding out in the Kansas City area.Authorities said the pair were wanted in connection with a double homicide in Omaha on June 3, where two 17-year-old boys were killed.The U.S.

by: Juan Cisneros Posted: / Updated: KANSAS CITY, Mo. - A 16-year-old Kansas City, Kansas teen is being charged as an adult in a fatal shooting on October 19, 2020, in Kansas City, Missouri. Jayvon Hunter faces second degree murder, unlawful use of a weapon and two counts of armed criminal action in the shooting death of Cristobal Gutierrez-Castillas, 43.

HARRISONVILLE, MO (KCTV) --- The attorney for Kylr Yust has filed a notice of appeal to the Missouri Court of Appeals just over a week after he was sentenced for the deaths of Kara Kopetsky and Jessica Runions.


In Pursuit Of Justice

JACKSON COUNTY, Mo. - In light of a recent high-speed chase initiated by Lone Jack police that ended with a fatal crash, the 41 Action News I-Team is taking a closer look at pursuit policies in the Kansas City metro.

(CNN) -- A Spanish man has been jailed for 15 years and five months for killing and eating his mother at the apartment they shared in Madrid. Alberto Sanchez Gomez killed his mother, cut up her body and ate her over a period of at least 15 days in early 2019, according to a statement from the Madrid provincial court, published Tuesday.