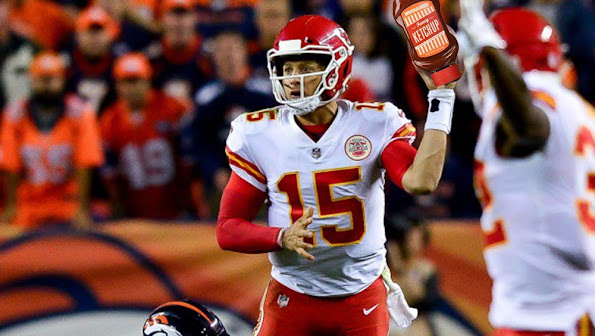 After push back from pundits and around the league, the King of Kansas City was forced to "clarify" his quote and display a bit more humility . . .

“I believe the question I was asked was what record that I would want to break,” clarified Mahomes. “To me, records don’t mean anything unless you’re winning that last game at the end of the season. To me, it’s about going in every single week with the mindset that we’re trying to win, we’re going to win. At the end of the day, whatever the record is, whether it’s 20-0 or whatever it is, you’re winning the last game of the season, then you’re going to be happy with whatever happened earlier in the season.”

Kansas City Chiefs quarterback Patrick Mahomes made some national noise this week when he revealed to Bleacher Report that he had set his sights on a perfect 20-0 record for the team in the upcoming 2021 season. The interview took place in Hawaii at the 15 and the Mahomies Aloha Golf Classic over Memorial Day weekend.