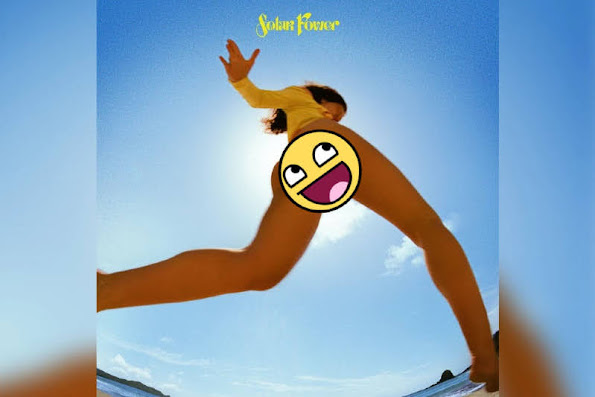 Remember that during the "glory days" of the Kansas City Royals . . . Pop diva Lorde penned a global hit that was inspired by a local baller and served as something of a cowtown anthem. Nowadays she's forced to show a bit of skin to get attention and her latest publicity stunt inspires our latest peek at pop culture, community news and top headlines.

KANSAS CITY, Mo. - KC Water customers currently are unable to make payments online or over the phone. The water company said in a tweet Thursday afternoon that it is "experiencing a computer problem" preventing the completion of payments. KC Water is currently experiencing a computer problem that is preventing customers from making online and phone payments.

JEFFERSON CITY, MO. (KCTV) - Saturday marks the end of the federal unemployment benefit for jobless Missourians. Governor Mike Parson announced the move last month, claiming the benefits "have incentivized people to stay out of the workforce."

KANSAS CITY, Mo. - A sinkhole buckled pavement Thursday afternoon and forced the closure of a two-block stretch of Quivira Road in Lenexa. The 8-inch main line split along a 4-foot section of underground pipe, according to a spokesperson for Water One. The break caused southbound Quirvira Road to be closed from West 97th to West 99th streets.

America's reputation on the global stage appears to have had a significant rebound since former President Donald Trump left office and President Joe Biden became the commander in chief, according to a Pew Research Study released on Thursday.

Police in standoff at 45th, Pennsylvania in KCMO

KANSAS CITY, MO (KCTV) --- Police are in a standoff with an armed individual in the 4500 block of Pennsylvania. Police say the party is suicidal in nature. It's recommended to stay away from the area. This is a developing story. Stay tuned to KCTV5 News for more.

KANSAS CITY, Mo. - Kansas City, Missouri, Parks and Recreation Director Terry Rynard said Thursday she plans to retire from her position effective July 5. Rynard, who has been a part of the department dating back to her teenage years, said she plans to take advantage of a retirement package offered by the city.

Kansas City Chiefs head coach Andy Reid is clearing the air regarding why he emerged for the final day of OTAs with an interesting accessory: a cane. FOX4's Harold Kuntz posted footage of Reid using the cane while conversing with quarterback Patrick Mahomes and other players during Thursday's training session.

Hide Transcript Show Transcript OF THIS HOUR OF 102 DEGREES THOSE HEAT INDEXES WILL FALL DOWN WON'T BE ABLE TO CALCULATE IT AFTER 10 O'CLOCK OR SO, BUT YOU'LL SEE HOW WE'LL SLLTI FLEE LIKE IN THE 90S TEMPERATURES DROPPING TO ABOUT 88 BY 8 PM BY NINE O'CLOCK WLIL BE DOWN TO 85.