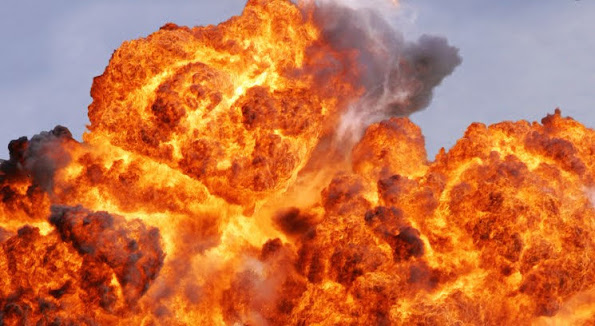 Our blog community often remarks that this town resembles a war zone. Here's further proof of that thesis . . .

"Officials say a man around 50 years-old was tinkering with a mortar shell when it exploded."

KANSAS CITY, Mo. - Kansas City, Missouri, bomb and arson crews are investigating an explosion near 8400 Wabash Avenue. The explosion happened around 11:15 a.m. Monday. Officials say a man around 50 years-old was tinkering with a mortar shell when it exploded. He was taken to a local hospital with injuries that were not life-threatening.

KANSAS CITY, Kan. -- A 5-year-old is currently in the hospital, fighting for their life, after being hit by a car in Kansas City, Kansas, over the weekend. On Saturday evening, a white Chevy Impala was driving near State Avenue and 31st Street when the child ran across the road.

KANSAS CITY, MO (KCTV) -- A man was rushed to the hospital after an explosion in the backyard of a Kansas City home. Emergency crews were called about 11:15 a.m. Monday to the 8400 block of Wabash Avenue. The man is expected to survive, police say.