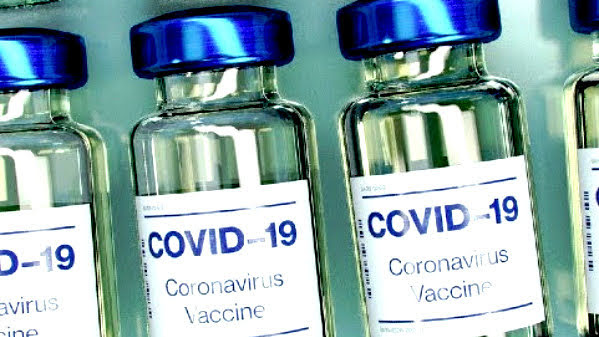 First and foremost, TKC is not a doctor despite 6 years of pre-med at UMKC amid (worthless) grad degree pursuits in communication studies.

The local angle is that the KC area keeps pushing the COVID vaxx in a public health effort that is totally supported by most elected officials. For the most part this is a "white hat" endeavor and has earned enthusiastic public support.

OVERLAND PARK, Kan. - Friday marks six months since the United States Food and Drug Administration gave Pfizer emergency-use authorization for its COVID-19 vaccine. In that time, Truman Medical Centers University Health has administered roughly 122,000 vaccines. It averaged about 25,000 per month at first, but that number is now closer to 10,000 per month.

Meanwhile, there is more aggressive debate about the vaxx that is both serious and hilarious. Here's a guide to that conversation without judgement or advice to locals who have to make their own health choices for themselves and loved ones . . .

A higher-than-usual number of cases of a type of heart inflammation has been reported following Covid-19 vaccination, especially among young men following their second dose of an mRNA vaccine, the Centers for Disease Control and Prevention said Thursday.

The Centers for Disease Control and Prevention announced Thursday that it will convene an "emergency meeting" of its advisers on June 18th to discuss rare but higher-than-expected reports of heart inflammation following doses of the mRNA-based Pfizer and Moderna COVID-19 So far, the CDC has identified 226 reports that might meet the agency's "working case definition" of myocarditis and pericarditis following the shots, the agency disclosed Thursday.

A higher-than-expected number of young men have experienced heart inflammation after their second dose of the mRNA COVID-19 shots from Pfizer/BioNTech and Moderna, according to data from two vaccine safety monitoring systems, the U.S. Centers for Disease Control and Prevention (CDC) said on Thursday.


Tucker Carlson: Young people are being forced to get COVID vaccine, but it may harm them more than COVID

In January, Israel became one of the first countries in the world to give the new coronavirus vaccine to young people. At the time, Israel's Education Ministry said the vaccine was necessary so that students could sit for in-person exams. Schools mandated the shot; kids got it. So what happened next?

A hearing held by the Ohio state legislature on vaccination mandates took a turn for the worse Tuesday when a notorious anti-vaccine activist testified that vaccines magnetized recipients' bodies.

Perhaps she's just attracted to conspiracies. An Ohio nurse attempted to prove that COVID-19 vaccines contain "magnetic vaccine crystals" but failed in comedic fashion Wednesday in Ohio's state capitol. Registered nurse Joanna Overholt asked lawmakers to explain why a key stuck her to her body, before jabbing it into her chest, the Ohio Capital Journal reported.