Here's a preview of a campaign that seems confident that residents have already forgotten one of the biggest property tax spikes in Kansas City history . . . 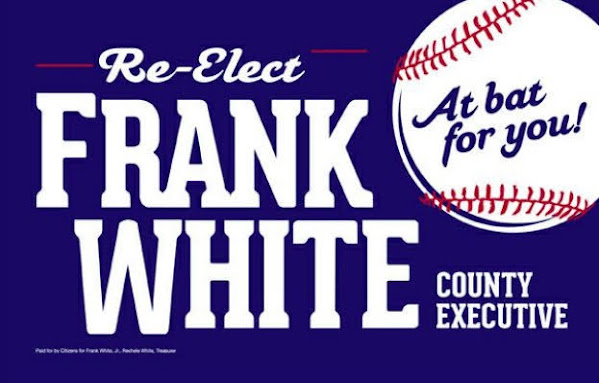 The note is pretty standard but here's the big question . . .

No, not one of these 30-something right-wing GOP d-bags who think they can win by way of social media trolling . . . We're talking about a REAL candidate with history in KCMO.

Former Council dude Scott Taylor is still out there and he has a gift for fundraising.

There are more than a couple of people who could make a splash by challenging to former Hall Of Fame baller.

“I could not be more excited to make this announcement,” said Executive White.  “I am proud of all that we have been able to accomplish and as we approach next year’s election, I look forward to discussing not only our accomplishments, but also my vision for the future of Jackson County.”  Since his appointment, County Executive White has run for re-election twice and won both times.  In the 2016 and 2018 general elections, Executive White received 82.21% and 77.3% of the respective vote totals for County Executive.

“As hard as it may be for some to believe, I grew up in a time when someone that looked like me could dream of being a professional ball player, but never thought they could run for an office like this and actually win,” said Executive White.  “I believe my life’s story speaks not only to how far we have come as a community, but also to the importance of continuing to push for progress so that we leave behind a better, stronger, and more equitable community for the generations to come.”

In the coming weeks, Executive White plans to make announcements about his campaign team, upcoming events, and opportunities for supporters to get engaged.