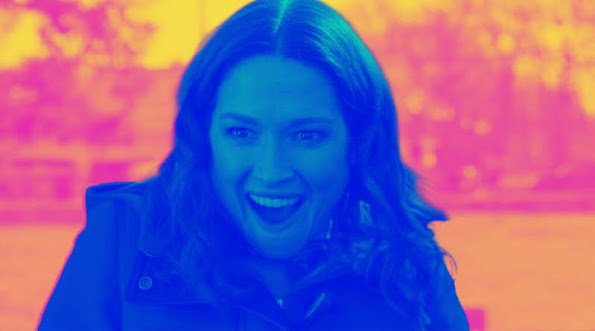 There's nothing about 'Kimmy Schmidt' that deserves serious contemplation.

Recently, a Hollywood controversy sparked headlines and a debate over the legacy of racist regional traditions that didn't really accomplish anything other than tweaking the emotions and possibly genitals of people who anger far too easily for all of the wrong reasons.

It was all just rage pr0n.

Don't get it twisted, this blog traffics in angry content and we constantly lament that most readers don't really "get" our efforts to turn rage into the outrageous and absurd with a snarky and often satirical reading of the local news.

Still, engaging with ill-tempered strangers online for the sake of community news seems much more useful than penning mediocre fiction or selling bargain junk via mail order . . . On the bright side, thanks to COVID and the Internets I can do all three and still find time to bathe weekly.

The point here is that neither 'Kimmy Schmidt' nor the Kemper clan deserves much consideration from the plebs but their brief immersion into the sewer of online rage pr0n serves to warn us that neither fame nor money can save anyone from willingly falling into the narcissistic abyss of social media.

The internet pile-on landing on the "Kimmy Schmidt" actress over her participation in a controversial pageant when she was a teenager -- and for which she has apologized -- is not about accountability; instead it's a nuance-free, public shaming campaign -- harassment under the guise of social justice, writes Jill Filipovic.


How Twitter Turned Kimmy Schmidt Into a 'KKK Queen'

When we talk about cancel culture, as we all too frequently do in the Year of Our Lord 2021, there are typically two schools of thought: The first, which is frequently espoused by the smarmy, right-wing Ben Shapiro types, is that cancel culture is an uncontrollable beast that must be vanquished, a consequence of power-hungry, White Claw-and-avocado-toast-fueled, Wesleyan-educated, cement milkshake-wielding lefties running amok on social media without any thought to the lives they destroy in their wake.


Editorial: Too much ado about Ellie Kemper, not enough about Veiled Prophet's legacy

Every town has its strange, outdated traditions. Thanks to social media, many people recently learned about one of St. Louis'. And one St. Louisan in particular, perhaps unfairly, bore much of the backlash. As the world and many younger St.

Ellie Kemper's apology is nothing short of disturbing.