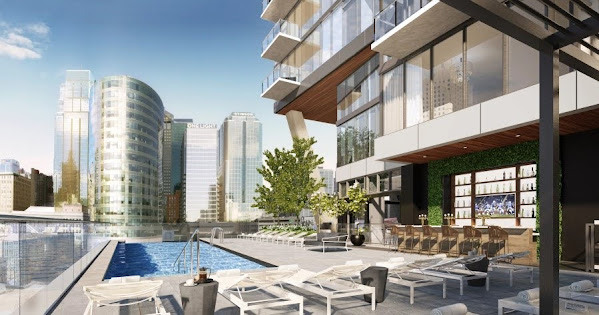 Kansas City taxpayers are still on the hook for a HORRIBLE 'DOWNTOWN RENAISSANCE' DEAL that has broke-ass locals paying for luxury living space.

Here's local hype disguised as news AND a peek at the future . . .

Looking down the road, Exec Nick Benjamin said Cordish officials are making plans for Four Light. Specific details could be announced in the next few months.

He pointed to two "obvious" potential development sites for Four Light — northwest of 14th and Main streets, in place of an existing retail building, and a surface lot northeast of Truman Road and Baltimore Avenue, next to B&B Theatres.

The latest terms of Cordish's Power & Light development agreement with the city provide for parking garage incentives supporting as many as six apartment towers.

Kansas City sits in a glowing national spotlight that could shine still brighter as developers capitalize on growth potential, according to the head of local operations for The Cordish Cos. Nick Benjamin, also vice president of development for the Kansas City Power & Light District's developer, said Downtown has faced challenges the past 15 months.