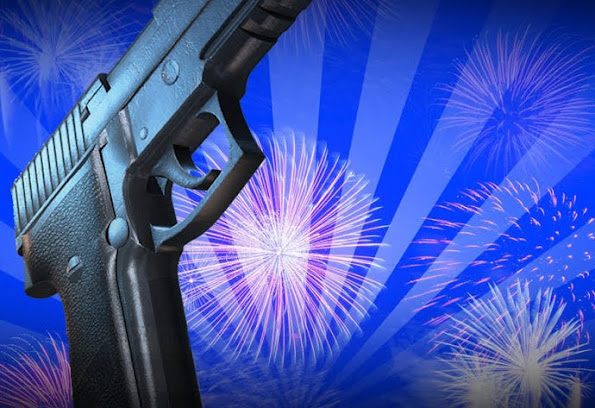 The fight over "defund the police" politics ramps up . . . We take another moment of pause to chronicle the continued rise in local violence.

Separate shootings in the Kansas City metropolitan area Tuesday afternoon claimed the lives of four people, including two 15-year-olds forcing an elementary school to lockdown and shocking families at a local park. The first incident happened on the Kansas-side of the city when a 15-year-old was shot around noon in the 6600 block of Cleveland Avenue near Hazel Grove Elementary.

Man injured after someone fires shots into Raytown home

RAYTOWN, MO (KCTV) -- A man was injured after someone fired shots into a Raytown home. Police were called about 12:45 p.m. Wednesday to a report of someone shooting at a home in the 11200 block of East 71 Terrace. Officers arrived at that location and found a man who had apparent gunshot wounds.

Finally, here's a progressive glimpse at the policing crisis . . .

'Defund the police' was designed to provoke a response. In Missouri, it worked * Missouri Independent

For years after the death of Michael Brown in Ferguson, and community leaders have pushed to " re-envision public safety ." Inspired in part by the Ferguson Commission, which recommended that cities focus more resources on the root causes of crime, organizers across the state echoed these calls.