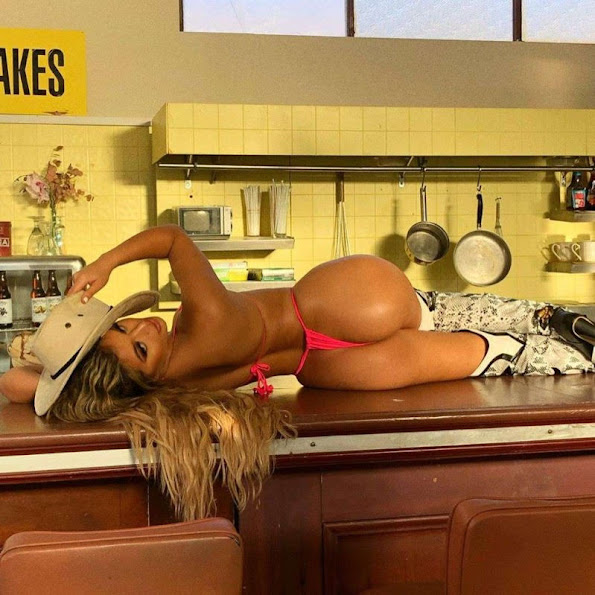 For constant readers we share a peek at hottie Sophia in rare form doing promo work along with pop culture, community news and top headlines for tonight . . .

As summer construction projects pop up everywhere, Kansas City road crews ask drivers to pay attention. One driver got stuck in wet concrete on the streetcar expansion line.Right now, there are more cones than cars on Main Street.

KANSAS CITY, Mo. - While the debate continues about why some workers have been slow to return to the workforce, employers are still looking to fill those jobs. Two of the industries struggling to fill open positions have been the restaurant and hospitality sectors.

JACKSON COUNTY, MO (KCTV) -- On Monday, Jackson County designated Juneteenth as an official paid holiday for county staff. This comes after the county legislature approved Ordinance 5513 during a meeting at the county courthouse. A release states: "Per the ordinance, the County will observe Juneteenth as a paid holiday for staff and close county offices on the third Friday in June.

If Sofia Jamora's name sounds familiar to you it is because one of her friends claimed she was having an affair with LeBron James. That was proven to be false, but that doesn't mean Ms. Jamora doesn't like ballers. She announced she is dating Pelicans big man Jaxson Hayes.

In the space of just 1,000 words on Sunday, West Virginia Sen. Joe Manchin (D) effectively quashed any chance for major liberal legislation between now and the 2022 election.

that it had obtained a 2019 phone call in which Trump ally can be heard pressuring a Ukrainian senior official to open an investigation into conspiracy theories about then-Democratic presidential candidate Joe Biden, appearing to imply that U.S.-Ukrainian relations would improve if such a request was granted.

WASHINGTON (AP) - The White House briefing room on Monday might have been a fire marshal's nightmare. For the first time in 449 days, reporters could cram into every seat for the daily briefing.

Khloé Kardashian clapped back at a critic who called her an "alien" due to her ever-changing look. "Sorry you feel that way," the "Keeping Up With the Kardashians" star, 36, responded to the Twitter troll on Monday after being accused of getting plastic surgery. "You have every right to block/mute me," she continued.

"Sad Affleck" is back. Ben Affleck was seen looking despondent while leaving Jennifer Lopez's house this weekend - five years after becoming the subject of a meme that zeroed in on his bummed reaction to one of his movies flopping at the box office.

by: Heidi Schmidt Posted: / Updated: KANSAS CITY, Kan. - A teenager is hospitalized with critical injuries after firefighters rescued him from a swimming pool. The firefighters responded to an emergency call at Parkwood Pool near North 10th Street and Quindaro Boulevard Saturday evening.

Quite Frankly leans in to a new sound with "blue / red"

Quite Frankly. // Photo by Hannah Strader Like a lot of bands, Quite Frankle has gone through a few different iterations. When balancing paid gigs with homework, band practice, drama rehearsals, and real drama, you tend to go through a few members.

Spotty thunderstorms are possible Monday evening, otherwise it will be mostly clear with lows in the mid and upper 60s. A few spotty T-storms may develop Tuesday afternoon. Most areas will remain dry. Highs will be in the upper 80s. We'll likely reach 90 for the first time this year on Wednesday.