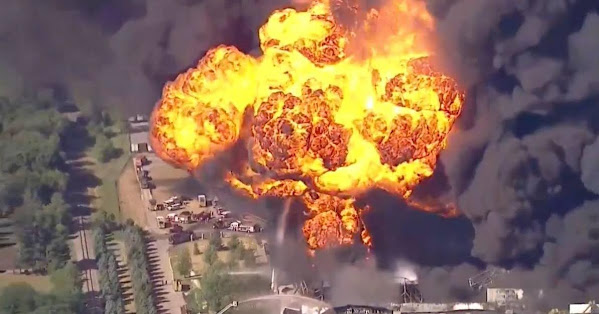 And so, the Kansas City metro suffers its first fatality of the Summer 2021 July 4th fireworks season.

Here's a rundown on the damage and tragic postscript . . .

KANSAS CITY, Mo. - Investigators believe an explosion at a Raytown duplex Monday evening was caused by illegal fireworks. John Ham, public information officer for the Bureau of Alcohol, Tobacco, Firearms and Explosives (ATF) in Kansas City, said crews were able to enter the structure Tuesday, where they found a body and evidence the person had been making illegal fireworks when the blast happened.

The Bureau of Alcohol, Tobacco, Firearms and Explosives said investigators have discovered a body of a man in the basement area of the home that exploded Monday night in Raytown, Missouri. Along with the man that died, the ATF said three people, including two children, were injured in the explosion in the 7400 block of Englewood Lane.Firefighters, police and medics responded around 7 p.m.