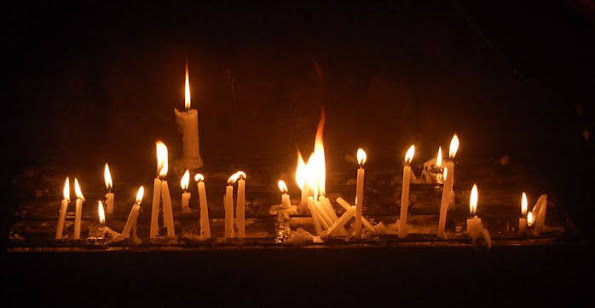 Protesters return to this town's most popular entertainment district in order in a conflict that has garnered global headlines . . . Check-it:

With his muted response to the Gaza conflict, President Joe Biden is largely sticking to a time-worn U.S. playbook despite pressure from progressive Democrats for a tougher line toward Israel and from America's allies for a more active role to end the violence.

Clashes erupt in East Jerusalem between Palestinians and Israeli police. Palestinians are angry over barriers which had been placed outside the Damascus Gate entrance to the Jerusalem's Old City preventing them from gathering there after prayers at the Old City's al-Aqsa Mosque on what is the first night of the Islamic holy month of Ramadan.

The general strike was a sign that the war could widen again after a spasm of communal violence in Israel and protests across the occupied West Bank last week. Although the strike was peaceful in many places, with shops in Jerusalem's usually bustling Old City markets shuttered, violence erupted in cities in the West Bank.


Deets On The Dome

Israel's Iron Dome has blocked thousands of incoming rockets. Here's how it works.

Over 3,150 rockets have been fired by Palestinian militant group Hamas from Gaza into southern and central Israel over the past week, targeting both Israeli population centers and border villages. Approximately 90% of those Hamas rockets have been intercepted by Israel's Iron Dome missile defense system, according to Israeli officials.

Progressives Back Down After Political Rebuke

Democrats back off demand that Biden delay U.S. arms sale to Israel

Democrats on the House Foreign Affairs Committee backed away on Tuesday from requesting a delay in a planned U.S. arms sale to Israel, but signaled they would continue to pressure the White House on its policy toward the region.