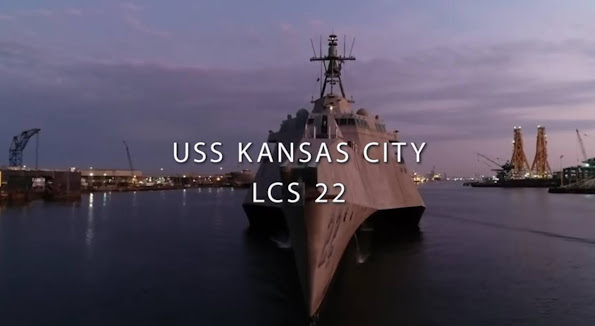 TKC has been landlocked all of my life and so stories of the sea are exceptionally captivating.

Accordingly, are recent examination of a Navy boat class including a ship with this town's moniker offers an interesting insight.

"Some of the ships have suffered embarrassing breakdowns in mid-ocean. Or that the Navy discovered recently that the transmission in one of the two classes of ships was defective and needed to be redesigned. And while Congress has eagerly funded construction of the two very different classes of ships, it cut funding from the mission modules needed by the ships to fulfill their missions.

"That unfortunate combination explains the ignominious nickname assigned to the LCS by some sailors: Little Crappy Ships."

After 15 years, the Navy's littoral combat ships are still in search of a mission

Almost 15 years ago, the U.S. Navy christened the first of a new class of warship designed to fight the Global War on Terror. The so-called littoral combat ships would be fast and agile, operating close to shore against missile-firing boats and small submarines.