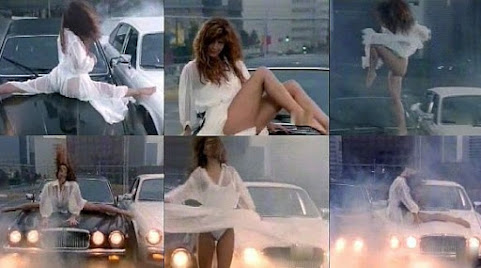 After all these years some commenters still wonder why our coverage, educational resources and intellectual curiosity "extends" to the world of hotties.

Sure, we could have a debate about truth and beauty but the cash people throw at hottie models makes the cultural relevance of their performance self-evident.

And so, we take a brief moment overnight to acknowledge one of our greatest influences and why our blog community is founded on the principal that hotties must be a part of the discourse.

Julie E. "Tawny" Kitaen, who famously appeared in several music videos for the rock group Whitesnake in the '80s, has died. The Orange County, Calif. coroner's office, which listed her as Tawny Finley, stated that she died at her home in Newport Beach on Friday morning, but a cause of death has not been revealed.