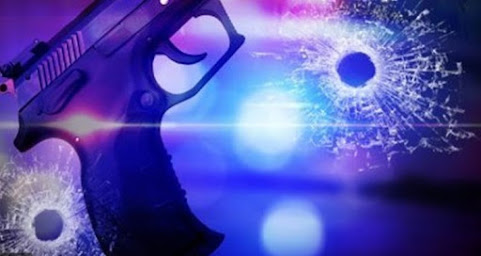 A recent spate of fatal shootings over the past week reveal that talk is cheap when it comes to curbing violence on Kansas City streets.

Moreover, recent killings throughout the metro reveal that the deadly spike in local crime isn't confined to the urban core.

Deadly shootings over the past few days in Prairie Village and Independence offer a glimpse of local bloodshed spreading quickly.

This is more than mere speculation, there's data to back up fear of worsening deadly crime in KC and across the nation . . .

"A sample of 37 cities with data available for the first three months of 2021 collected by the crime analyst Jeff Asher indicates murders are up 18% over the same period in 2020.

"The continued increase comes after a year in which major U.S. cities experienced a 33% rise in homicides, and 63 of the 66 largest police jurisdictions saw an increase in at least one category of violent crime, according to a report from the Major Cities Chiefs Association.

TRENDING DATA PREDICTS DEADLY CRIME SPIKING IN KANSAS CITY AND ACROSS THE NATION THIS SUMMER DESPITE PROMISES FROM POLITICOS & PO-PO!!!

Proof from a progressive publication . . .

Vox: Research shows places with BLM protests from 2014 to 2019 saw a reduction in police homicides but an uptick in murders.

We reached out to a few local insiders on this topic and here's the best message sent back . . .

"Of course I hope I'm wrong but this looks like it's going to be brutal. Other cities are getting it worse than KC but it's not going to be a cakewalk here. What's more concerning is that nothing is changing. I haven't seen ANY real movement on preventing the deadly disaster that we all know is coming. At most we're getting the same old fights over gun control and, of course, the demand to replace the KCPD Chief but none of that is going to help us this Spring/Summer when we're going to lose a lot of people needlessly."

Accordingly, we share resources on this tragic topic in the making so, at the very least, our reader community will be better informed . . . Read more . . .

Axios: It's set to be a hot, violent summer

Federalist: What You Need To Know About The Big Gun Rights Case The Supreme Court Just Took

ABC News: Chicago police say gun violence is on the rise this year

Daily Mail: Violent crime has surged in Minneapolis in the year since George Floyd's death, with the second highest number of homicides EVER